Re: *Necromancer Laz vs Satanic set*

What a huge disappointment. Just go with Laz set. It's 10 times better. You'd be better off trying to get a Void Archon reanimate from the BPR charm and spamming sacrfice until you reanimate one. Lol... I just calculated the stats a bit.... Lazarus' Chasuble, a single item can already have half the...

Re: Pure only Totem Necro build?

I have a problem with this build. I dont have enough str and dex to wear all my items unless i pop Dragonknight. So when i join a game, change act, die or the buff comes off, im pretty much naked. I have to rebuff but my stats are not updated unless i un-equip and re-equip back in item. This is not... 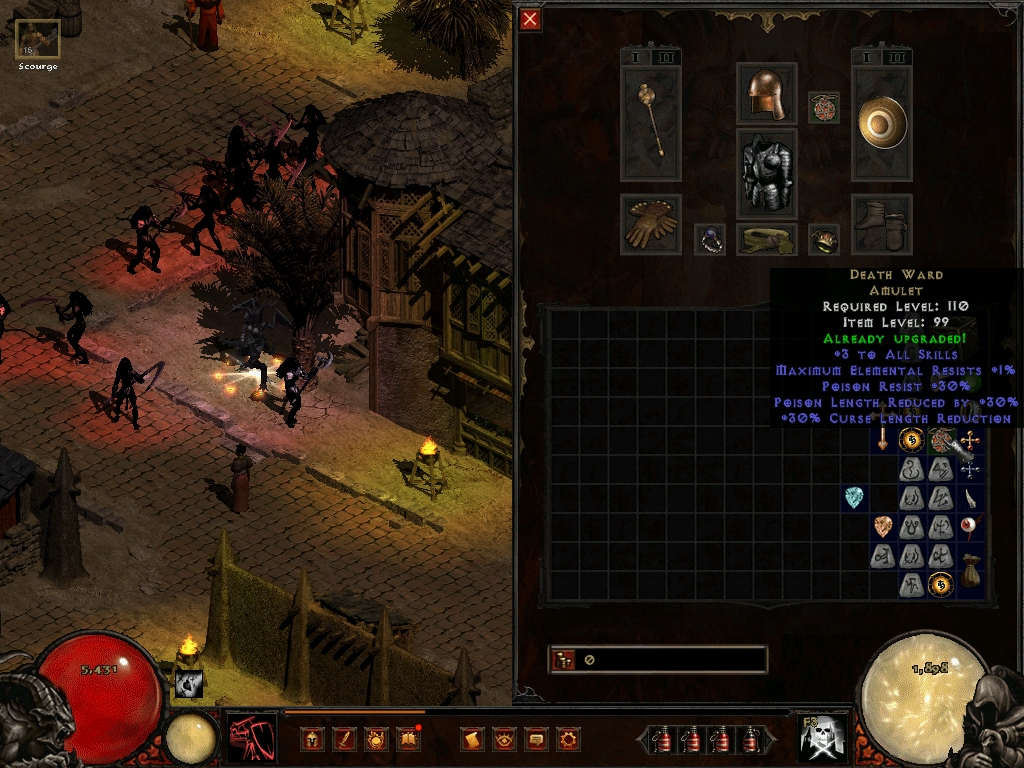 Thing you don't care about... The hype

Ever since Diablo 3 was released, I wasn‘t hyped anymore since I understood that nothing good comes from expecting too much from anything. Even for game of thrones... I mean I‘m glad I can finally see the last season, but I wouldn‘t say I‘m hyped especially after those 2 weak first episodes. I mean ...

i think people just go max damage when their ed is capped. Hmm. Really depends. Max damage isn‘t affected by ED. And t also doesn’t raise the mindamage, which is both a con. Foe example if your weapon has 600 damage in total and 300 of that are thanks to max damage, 5 orbs with each +6 max damage w...

Lol... I just calculated the stats a bit.... , a single item can already have half the amount of minions stats that the whole satanic mantra set gives in total. LOL

Really? That's the reworked necromancer summoner set? LOL You can get Dark power from Blackheart Snake stance isn't worth mentioning because without the synergie of hardpoints into Eagle stance it's useless. The only good part is Void Archon, but you're sacrificing so many stats just for a single su...

Weener wrote:Is the Innate Necro skill "Bend the Shadows" buggy for everyone else? It barely works for me no matter the range or monster type.

Try teleporting to a summoned minion.