Playing random games from steam - currently Realm of the mad god. Pixel arcade style run around in circles and shoot everything online multiplayer game. Many classes, many bosses, lots of loot.
#911
1 month

ThomasGabriel
Imp
5 | 0
0
At the moment I am playing World of Warcraft: Shadowlands. Can't resist the developers' attention to details in the game. A truly masterpiece! Got the other day Glory of the Shadowlands Hero Boost for some 114 euros here and my gaming experience got much better

Earned over 100 cookies
assassin's creed valhalla. its kinda trash ngl. Odyssey with a fresh coat of paint and with dumbed down and worse combat mechanics especially the stealth. and buggy as all hell.

dead by daylight, been playing it a lot more with gf after stopping for about 2 years. have a lot of mixed feelings about its current state. most of it not favorable.

disco elysium the final cut. i had played the regular one a few months back, this is obviously just as amazing as it ever was, except with more stuff.

Earned over 20 cookies
I believe I've just played the craziest round of Hearthstone battlegrounds that I'll never be able to recreate in my whole life.
► Show Spoiler

First things first: I had a really bad start with Omu. That guy usually needs a token generator in the 1st round in order to completely faceroll, but I didn't get one. Luckily some guy who played N'zoth (the one who is the only character who can get the 1/1 fishes that accumulate all deathrattles that are triggered on my side of the board and trigger them again upon death) left the game in turn 1, leaving only the fish on his board.

Omu is the kind of guy that can upgrade the tavern much quicker and thus gets to pick the first Tavern tier 5 and 6 minions which was the only thing that allowed me to win.

At some point where I was on the losing end at tavern tier 5, I was able to buy 2 Murozond (which gives you a random minion of my last opponent's warband right into my hand when he is played) and saw that I was about to play against the dead player mentioned above. So I quickly bought them, played against him, played the 2 Murozond, got the 2 fishes and in the same round trippled some random card on my board which gave me the snake. The snake summons 2 random deathrattle minions upon death.

Then I instantly upgraded to tavern tier 6 and got a wolf. That wolf upon death gives all beasts +5/+5. The snake and the fishes are both beasts. Then I trippled the wolf, which means upon death he gives +10/+10 to all beasts, but I also got to choose a minion of the tavern tier 6. That was luckily a snake, which I was able to triple because of that as I already had 2 snakes. Now those snakes summoned 4 minions upon death.

So that means --> All beasts get +30/+30 and I summon up to 12 deathrattle minions. That's absolutely insane. But that's not enough. The Baron (the 2/14 guy) triggers all deathrattles 3 times (because he is already trippled).

Summed up: All beasts get +90/+90. You can never have more than 7 minions on your board anyway, so the strength was shifting towards the wolf buff.

It was absolutely insane! the best minion that was summoned by the snake was a Fiendish servant. That guy has a deathrattle that gives a random minion the attack of the minon triggering it. So when the 1st fish died, he gave 1 random minion +30 or so attack. The 2nd fish gave 2 random minons +60 attack. The enemy had absolutely no chance to do anything against that even with a murloc comp with a trippled bran, where every murloc had 80 defense.

Oh and the hydra attacks 3 minons at once and the spider is poisonous, killing any enemy it deals damage to. Both are beasts of course.

1. Genshin Impact
Since this my work from home week, I give the game another week to redeem itself. I just couldnt push myself to play the game anymore. Mostly because Im hooked with Path of Exile more than genshin. I was ok with the game at the beginning with discovering new stuff, but the boring artifact, endgame & daily grind just feel like chore that doesnt reward you. I dont mind the money I spent with the game, I have solid 10 weeks of fun from it after all. Uninstalled and never look back, probably will replay one Inazuma hit the game.

2. Path of Exile
Since I reached my goals which is to reach 24 challenges with ssf, I still hooked with the game for some reason. My goal next was to beat sirus, which Im comfortably beatean A2 so far. I tried several other endgame encounter (4 legions, couldnt kill last boss), uber atiziri (doable, but i dont have neough dps to kill 4 statue) and the most unexpected was i able to survive + cheese oshabi with my totem. Next is Im trying to farm alva level 7, and maybe try to get 30 challenges (doubt it). Tackling several steam achievement atm, then Im considered im done with the game for long time.

3. Hearthstone
Newest patch just came out, I just immediately download the game and was bombarded with their new tavern pass (battlepass) that give you gold & pack everytime you played the game. This improve the game TREMENDOUSLY as I like to play goofy deck and dont care about winning. It still give you experience every tiny bit you did in the game. Since the game have 4 slots of daily quests & weekly quest, I can just play the game periodically, which is fit my current real life situation.


Only sad things is that I have TONS of games from humble monthly that I havent touch.
Playing same game for months kinda made me feel sad, but now being busy even made me more sad.
#915
1 month

Earned over 20 cookies
So I made a Star Destroyer from Star Wars in Scrap Mechanic.

It works perfectly fine since I was finally able to build a stabilizer, which I'll soon add to the Bender head I made before. Works good, looks good. I might add more to the bottom and make it wider, in order to hide the thrusters at the bottom.

I spend half an hour building further on the Star Destroyer and balancing it out. Then I accidentally left it with the engines still running. Then I tried catching it for another half hour because I didn't save the progress. But it already left the athmosphere. There it goes. I guess at some point a parent just has to let his kids go

At least now it's in its natural habitat.

Earned over 100 cookies
Anyone got an extra win 10 activation key around? 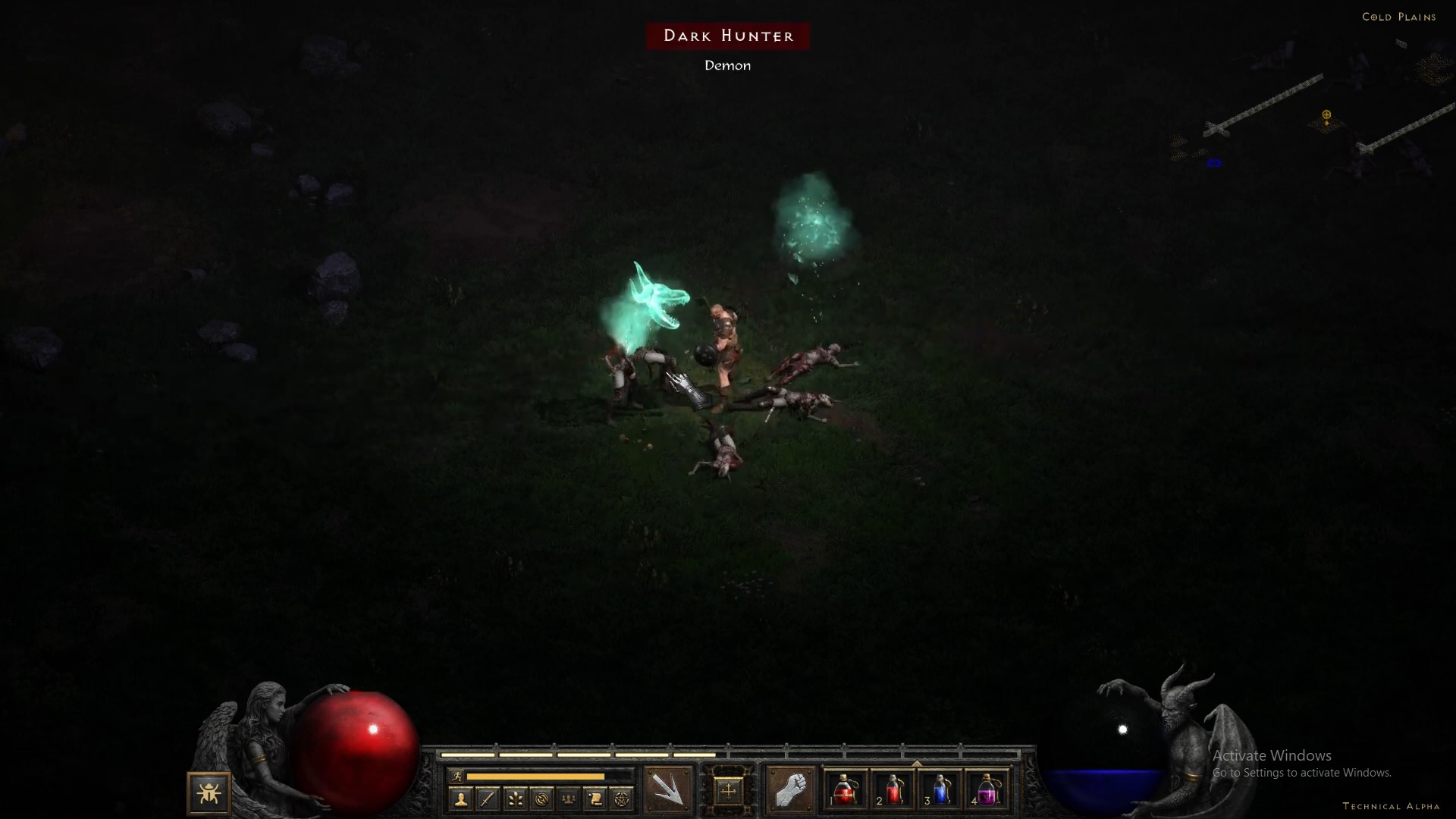 Donated 1 time
I just use without key. Just a watermark and desktop i change with wallpaper engine.

I forgot that i havent update this week. Just bare with me as im typing this on phone while waiting for something.

1. Path of exile
Ultimatum just announced and i got super hyped. Not because of new league but the major overhaul on old content. Considered i played this league for very long time while tackling every content. I kept thinking "man this isnt worth time to farm this content". My prayer answered. Regardless i still think i need to move on, playing long time like mmorpg burnt me so hard.

As for my current goals with 5 days to go, i will just on to get 36 challenges. I doubt i can get it, but i do want to tackle all of endgame content.

2. Hearthstone
Surprising the joy i have with hearthstone is pretty low. The fun for me seem more RNG side of battlegrounds. With consistent top4, i still havent mastered all possible combos especially for late game. Pirate, dragon and elemental really changes the game alot compared to 2 years ago.
#918
3 weeks

iwansquall wrote:2. Hearthstone
Surprising the joy i have with hearthstone is pretty low. The fun for me seem more RNG side of battlegrounds. With consistent top4, i still havent mastered all possible combos especially for late game. Pirate, dragon and elemental really changes the game alot compared to 2 years ago.

To be fair, even though there is no denying of the randomness of battlegrounds, it's rather easy to fuck up a lot. There is still skill necessary to get good results all the time.

It's just necessary to buy minions with good gold value, like Divine Shield minions, 1-2 mechs (because they can get DS), 1 Murlocs (easy poisonous) 1 Demon (because you can eat its stats with that T3 demon for free) The t4 pirate in case you have many golden minions or Cleave minions.

You just need stuff that actually scales further. Avoid all other garbage, and done.

I just recently watched some battleground streamer, noticed how many mistakes I would've made and adjusted my behaviour accordingly. I've been rewarded with a win streak of 7 so far.
#919
3 weeks

Earned over 100 cookies
My last day of PoE'ing Ritual league.

Also, this is a line from the dev manifesto on patch notes for Ultimatum :

No changes to Essence Drain tho. I swear if i have to league start ED/Contagion Trickster again i'm gonna choke a puppy.
#920
3 weeks