Donated 1 time
It's weird how fast you can get back to it without even thinking. My friend attempted suicide (again, idiot that can't do it properly), she is in a hospital now and asked to bring her "stuff" there as I have the key. The moment I got to her apartment all the memories came crushing back and I automatically started using. I admit, it has been always on my mind and i've been blocking it the best I can but now that opportunity presented itself, somehow that voice of reason disappears.

Well, life is life. As long as I can somehow keep my job and relations with my brothers everything else can suck a duck.
#101
4 months

Earned over 100 cookies
That is sad. Please try harder next time, for Your own sake. I will not have a good advice for You, maybe try to visualise a goal of relationships with family as main purpose to stay clean. Gaming can be addictive too maybe You can dive into computer world to escape from real one and then later deal with PC addictions. At least You be sober, not in jail and in reach and games can be paused. 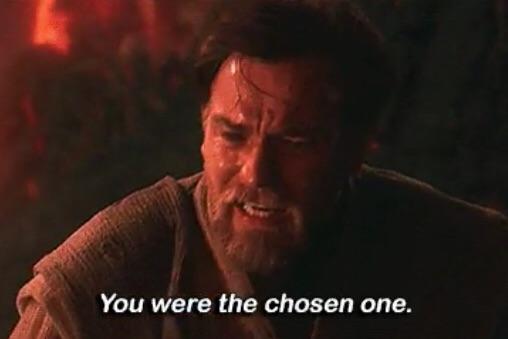 Donated 1 time
It's easy to say try harder. I don't have family beside my brothers, but that gaming-advice is good and it has worked for me. Somehow atleast.
#103
4 months

Earned over 20 cookies
I don't think telling someone to go from one addiction to another is a good advice. That's only relocating the problem, not solving it.

No matter where you look. Be it humans, or animals... we all have an innate desire to get a high. Dolphins getting high on pufferfish... Bees getting high on orchids... Jaguars getting high on Yage... It's all the same. However, those who are stuck on drugs had a fucked up life even before they were taking drugs. Traumatic experiences that they never thought would be traumatic.

If you really have an addiction that you can't deal with, go see a psychologist. One who's main topic in university was trauma therapy. And then talk. You can't fathom just how hard that will be. But it will work in the long run.

ParticuLarry wrote:If you really have an addiction that you can't deal with, go see a psychologist. One who's main topic in university was trauma therapy. And then talk. You can't fathom just how hard that will be. But it will work in the long run.

That is the hardest part, talking about shitty childhood/teenage and stuff. How can you open to a complete stranger?
#105
4 months

Earned over 20 cookies
Well, it isn't that easy of course. However, trauma therapy is different from what you might think it is. The therapist brings you back in time via something that could probably be called a type of hypnosis, making you feel the exact same feelings from back then again and again and again. And by facing this over and over again, you can get over it. Basically you're put in the exact same position from back then. You have to relive that part of your life and relive all those emotions. And yes, that's extremely hard. Some friend of mine had to endure this... Where I only knew him as a cheerful person, by the time I drove him back home from that session, he was completely broken.

However.... everytime you go back to the past this way it will become easier. You're forced to deal with it. And that will allow your mental wounds to heal.

As for how to open up... well... psychologists are taught how to get along with people, how to be trustful. That's necessary in their job after all. And they won't tell anyone about it. If you can't find a connection to the person, you can just go to somebody else. They won't get angry at you for that. For some people it works with Therapist A, and some people rather need Therapist B. That's life. And then just answer questions. If you don't want to answer a question you can just leave it out. If you don't know the answer to a question, just let him/her rephrase that.

Donated 1 time
I saw one psychotherapist a few years ago and in few weeks he told me I'm bipolar. Very smart man and told about me stuff I didn't even realize. It's just too hard for me to talk about things so I had to be stupid and stop seeing him.

But I do realize reliving those things would help, especially in case of addiction so you wouldn't have to try forget anything.
#107
4 months

Earned over 20 cookies
Well, the way to a psychologist is never pleasant. But sometimes it's necessary. Luckily nowadays people don't shit on everyone who visits a psychologist anymore.

Making peace with your past is always necessary to lead a happy life. It's just that some people get over the biggest hurdles by themselves, and some people need help for even the smallest things. Plus the things you need to get over are different for every person. But the people getting over the biggest hurdles are the ones who gain the most life experience, and who build confidence from that. And both are things you need to be successful in life.

Just some random inspirational people I love listening to since they love to share their wisdom or wisdom of others: Joe Rogan, Ben Chapiro, Jordan Peterson, Coach Red Pill, Thoughty2 (though the latter is "only" for gaining some broad, superficial knowledge of many things, which I usually research by myself later on if something piques my interest) I've found just listening to those guys and thinking about it has upgraded my life as a whole.

Donated 1 time
No surprise, another run again! My brother just left so I decidet to smack my up op.
Why some one negated ParticuLarry?
#109
3 months

Earned over 100 cookies
Maybe someone is offended by him mentioning some names. Fixed the count.

Trying to reduce time spend on pc in general. Yesterday was success. Went to bed at 10pm, at 2 am woke up already rested and full of energy. But slep to 6am and feeling great.
#110
3 months