Donated 25 times
But how you reached so much mf? I just Counted on your gear around 170 from not armory your d2 stats mean around 400 wtf xd
#73
1 year

Id say its possible, but don't think u can have too much more. at 1k im still missing 100 from goetia and easily 100 from jewels + a bunch on items.
You must have miscounted my mf. Jewels do most for maxing out mf, I lately crafted mostly with tir runes but you still need luck to get something half decent. the rest is base mf from items+inventory and mystic orbs

Donated 25 times
oh oky, wow, interesting good to know, ill try to max my jewels also on mf out, but i think 1k life and 1k damage is more than enough for all stuff or what would you say?
#75
1 year 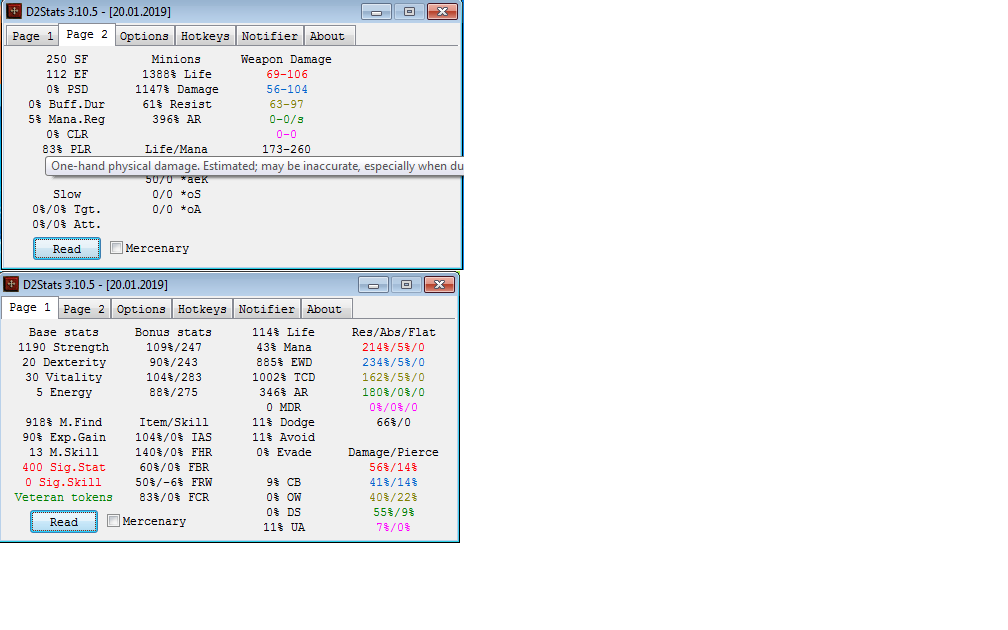 Donated 1 time
Not sure if I'm playing it well...

When I play i just basically teleport over minions packs and the destroy everything.
The "problem" comes when I face some big minion (or a boss, or elite, or something with big HP). on that cases I just place wolf stance and... thats all... I mostly afk and wait until it's dead.

Is there something else I should do?

Jovoman wrote:oh oky, wow, interesting good to know, ill try to max my jewels also on mf out, but i think 1k life and 1k damage is more than enough for all stuff or what would you say?

should be enough for farming common areas quite easy.

shannara24 wrote:Have you ever tried eagle stance over bear stance?

not extensively but I can't seem to think of a way to make it work decently as a default aura, without being able to stack more minion attack speed (can't stack 2 stances effectively) it's not too bad to use it as some regen here and there as someone already suggested.

papas wrote:here's my barb on number's

very sexy, is there a noticeable difference between that mf and half of it?

Chronos69 wrote:Not sure if I'm playing it well...
Is there something else I should do?

If you are really bored you can titan strike for some extra regen, or get a craft with some spell like balefire and spam that.
Other than that theres not much else to do as far as im concerned, I still don't think this char makes a good boss killer anyways.
You are better off just stacking mf on him and use to farm gear (duncraig/teganze/fautz/bremm) and then equip an xbow nec or sth. like that


I bet a bunch of these
Jewel of Luck