adrift wrote:Just some 1.6 info for people:

I think knave is a bait, the 25% sweep damage reduction is just too much. You are most likely better off sticking with Torrent until you get Valthek. I have 44k mana, +31 skills and damage is not that good for Faust+ level zones. Much better as fire with similar gear level.

Agreed, Valthek's far outperforms Knave in pretty much all situations. My sorc has 50k mana, torrent build is much stronger than knave sweep. Would be nice to see Knave changed to 18% dmg reduction or something similar in the next patch to make it worthwhile.
#151
1 year

Has a thread with over 10.000 views
I take it spell focus doesn't work on Mana Sorceress? Now leveling the familiars is useless? (apart from 1 point to get cast speed).
#152
1 year

I have been busy and unable to play at the start of this season, but unless it changed the reason to get levels for Familiars is for the +skills, which should still be the case?
#153
1 year

Hrishi wrote:
I have been busy and unable to play at the start of this season, but unless it changed the reason to get levels for Familiars is for the +skills, which should still be the case?

It was changed so there is no more familiars as panthers, no +skills per 4 base levels, only +10 Spell Focus per base level and some complimentary 1-point-wonder stats like +15% cast speed and +25% energy. 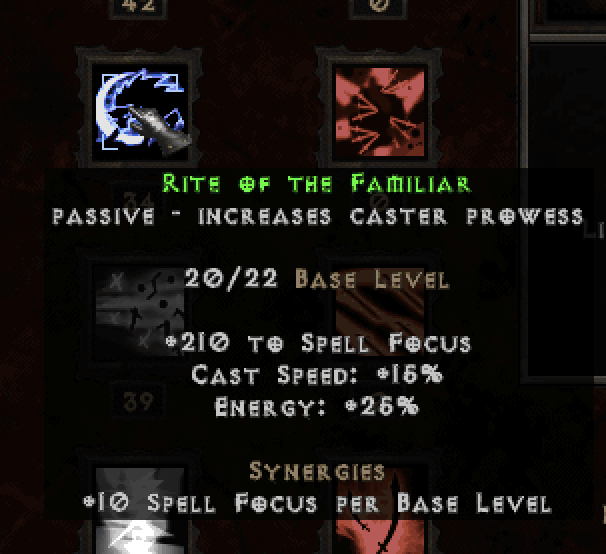 Patreon Contributor
Fair enough, in that case this definitely turns into just a 1-point wonder, freeing up more room to distribute into other things such as Elemental passives and such. I'm meaning to update the guide as I didn't update it last season either, so once I get more time off to play I'll update this!
#155
1 year

Won 50 auctions
I imagine plenty of people do this, but in case anyone isn't aware, if
Atanna Khan's Dress

Atanna Khan's Dress
Ceremonial Armor (Sacred)
Defense: 10306 to 14529
(Sorceress Only)
Required Level: 100
Required Dexterity: 722
Item Level: 120
+20 to Maximum Familiar Skill Level
3% Chance to cast level 60 Magic Missiles on Death Blow
30% Movement Speed
+(5 to 10) to Arcane Swarm
+200% Enhanced Defense
+(1000 to 3000) Defense
Elemental Resists -25%
Physical Resist (5 to 10)%
10% Chance to Avoid Damage
Socketed (6)
is used similarly to a
Khanduran Royal Pendant
when respeccing it's possible to get an absurdly high Familiar level. Take it off after getting the highest Familiar level that evenly divides by four, then put on your main armor. Applies to all sorc builds. 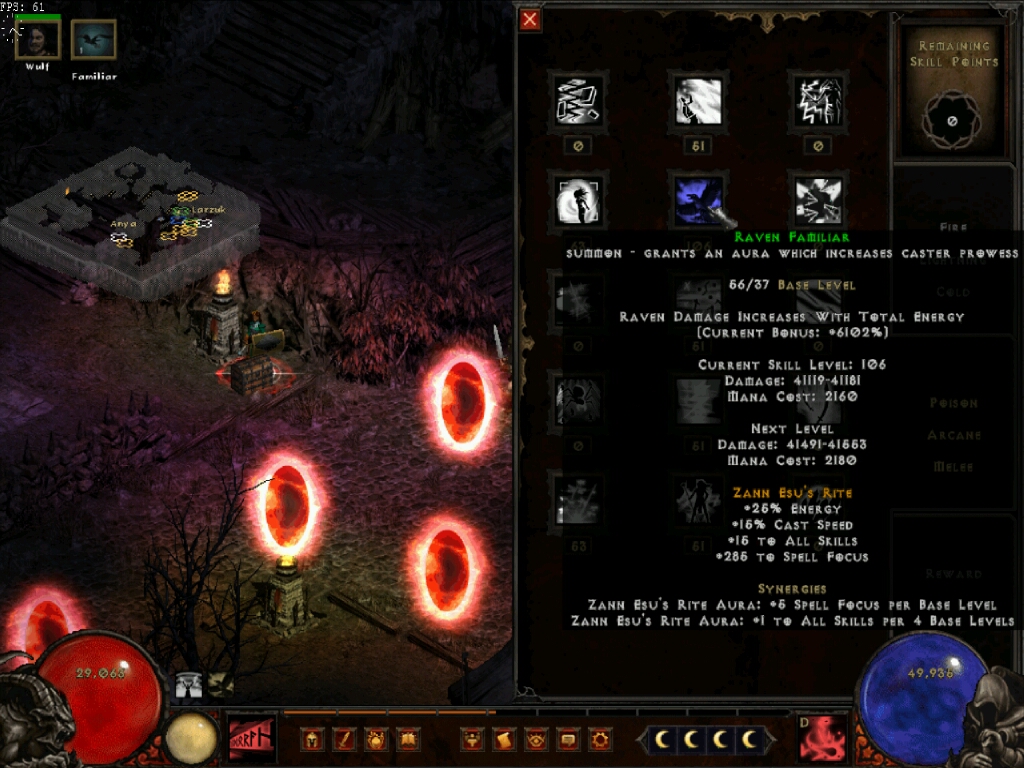 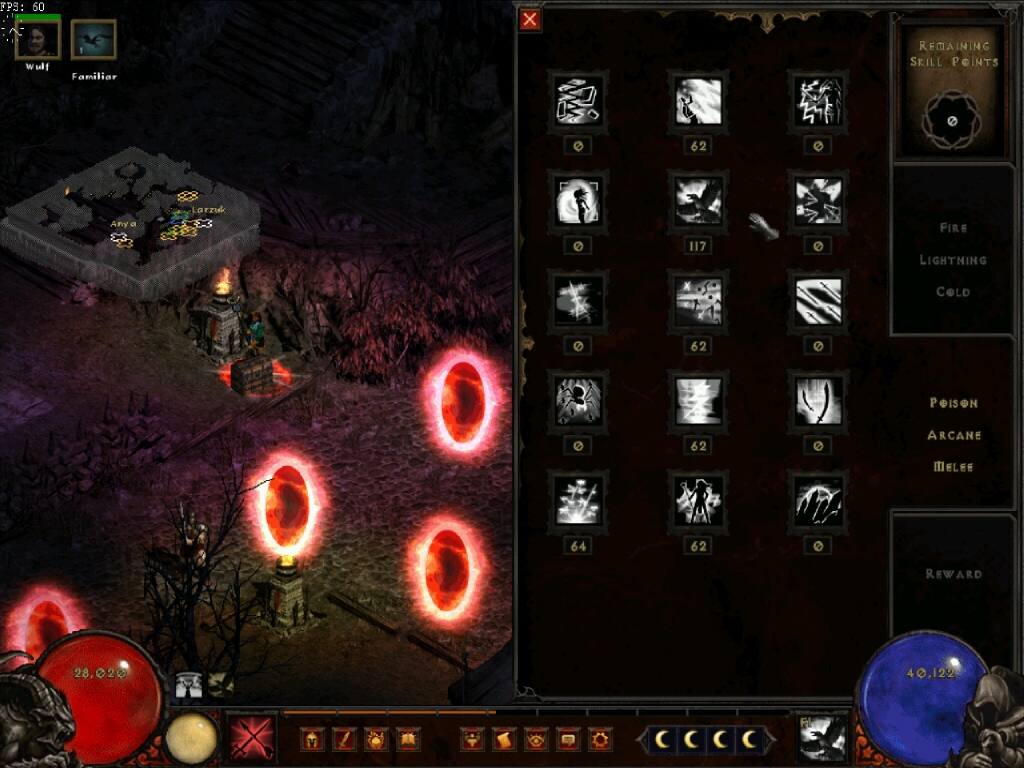 Consequentially, the following sources do not get scaled by this stat.

Mana from additional Energy
+ Mana (Based on Character Level) bonuses


Energy based on character level does not benefit from energy % multipliers. Confirmed after testing +75 energy Cloudladder vs +120 energy Witchdrum (+4 sorc).

Gorghor
Thunder Beetle
58 | 4
0
I tried it into early hell, seemed like it struggled with damage and defense, but not as bad as say xbow necro which does literally nothing even twinked. Single target still seems alright, but the mob health increase combined with pack size increase was really noticeable. Did infernal machine with full t3/t4, only took about an hour and dozens of deaths, really turned me off of this mod for now. Last season that would have been an easy 1 shot, death zergs into impossible bosses just isn't for me.
#159
8 months

Donated 1 time
That's so sad to hear, so you reckon re-spec? My first go at sorc. I tried lightning but really did not enjoy the spell mechanics/targeting on the first spell.
#160
8 months