The awaited final piece for the Stages Overhaul is finally here

A fairly self-explainatory feature, new waypoints will make it much more convenient to run certain new areas that were designed with waypoints in mind. Currently there is a total of 6 new waypoints. They are strategically placed in locations so that you don't have to waste a lot of time running through weak mobs. The locations are: 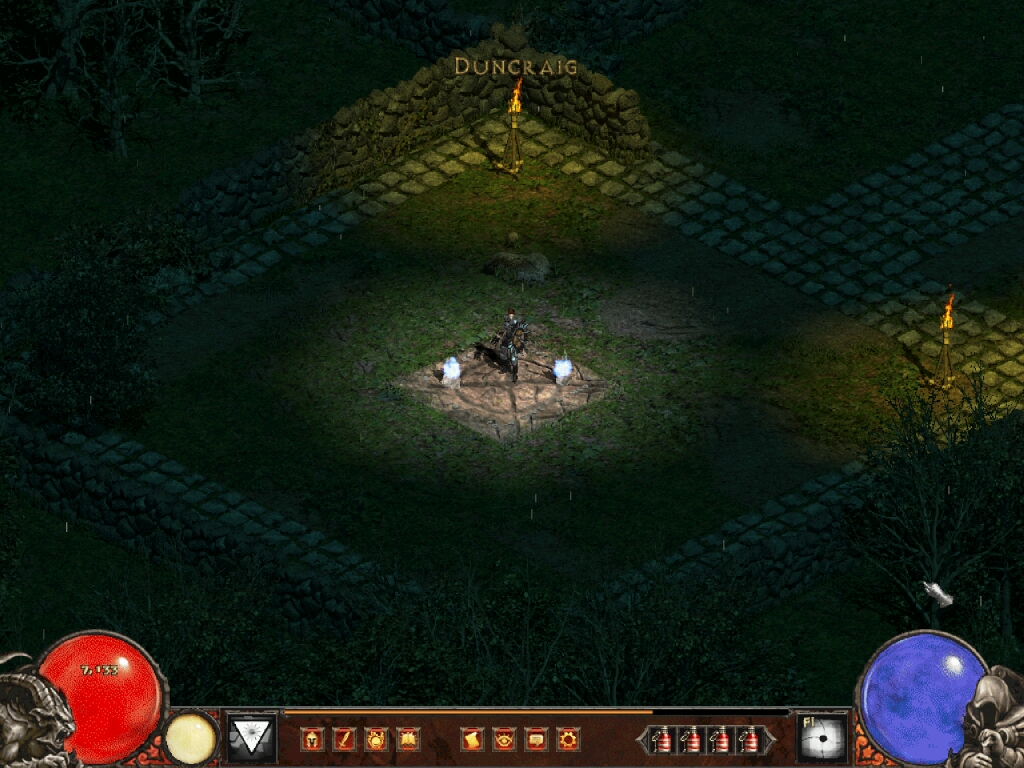 For all the necro mains out there, we have great news. If you haven't played necromancer before, now is a great time to start. The major issues with necromancer ranged from clunky skills and useless summons to a lack of class identity, especially compared to the vanilla summoner necro we all loved. There are lots of changes, so let's skip the whys and go right into it.

Additionally, there's 6 new necromancer-only uniques that you can find.
They are not only very powerful, but provide new mechanics and strong interactions with all the new skills. These are: 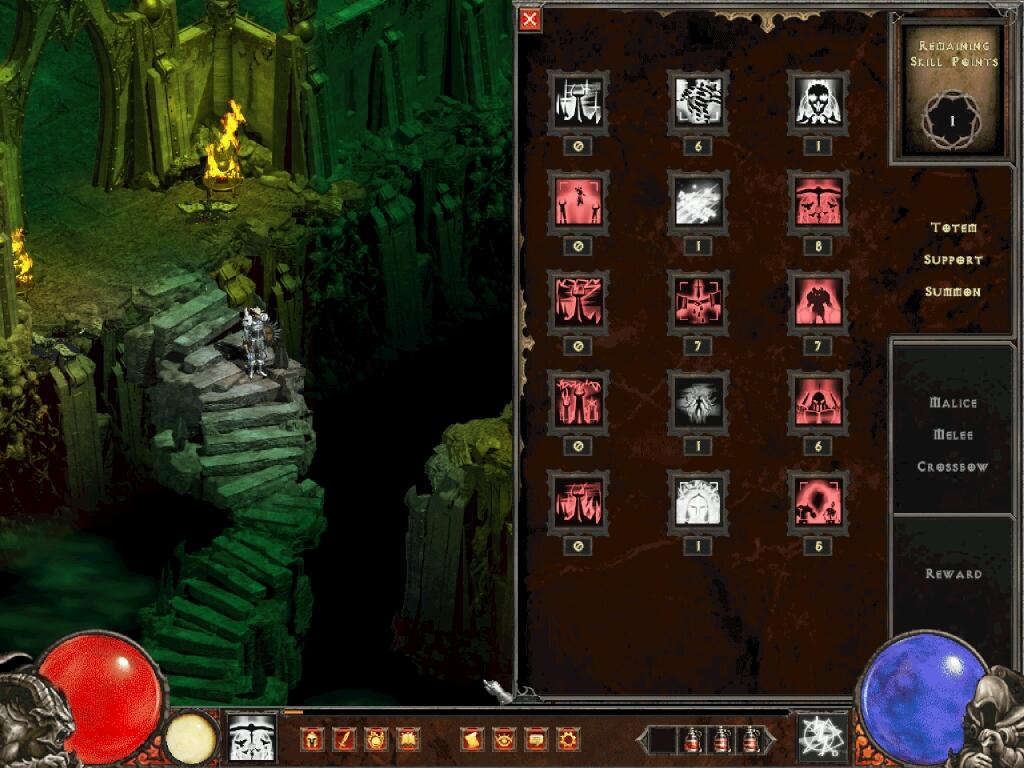 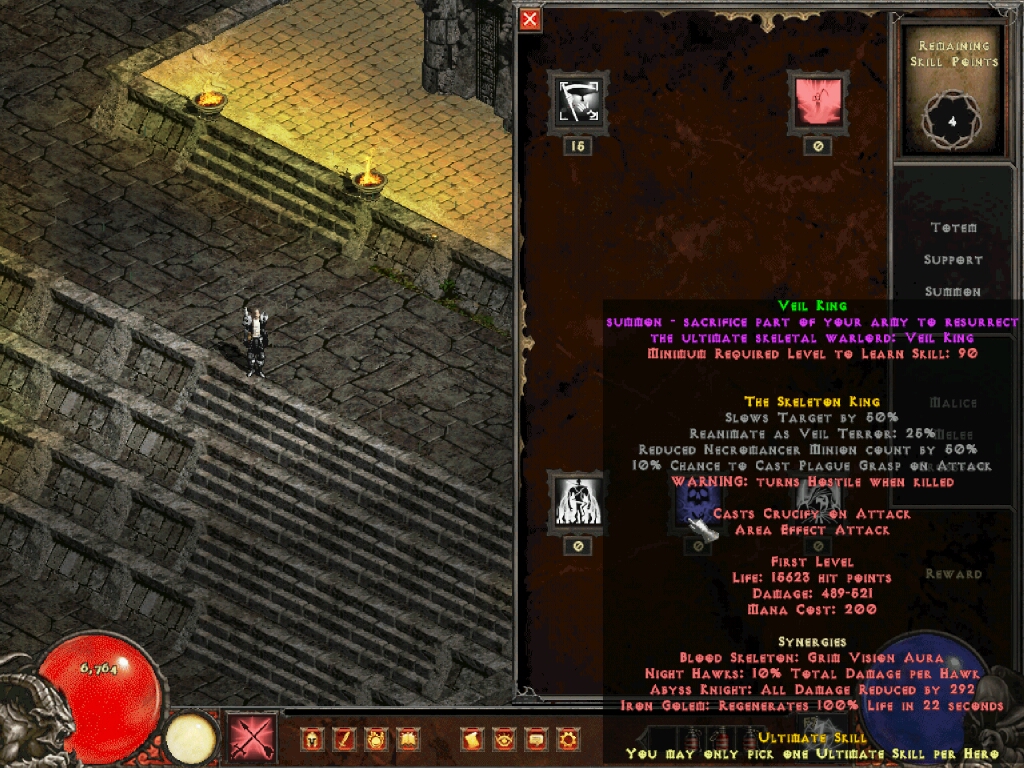 The experience curve has been modified

The latest patch had massive changes to the experience scaling - this new iteration aims to improve the bracket scaling and minimize relying on party games to level up your character effectively. The previous iteration was supposed to promote party play, but the bonus per player was so high that at times it felt like the only way to level-up. We want to allow players to play solo without major drawbacks, while still keeping an incentive to play together. To accomplish this, reducing the +50% bonus per player was the mandatory first step.

Due to known vanilla bugs that caused cube recipes to brick ethereal items, Median XL ethereal items always felt like they were on their back foot. Finding that one ethereal unique was supposed to be a great moment, but due to the inability to use mystic orbs on them, ethereal items were all about having a small chance to find a worse version of an item. Not anymore.

When looking at the d2-purist demographic, mainly on streams, the two most common controversies seemed to be:
- "This Akarat boss says Immune to All, how are you supposed to even kill him lol!!!?"
- "Why did the devs change the colors like this?? :@"

Long story short, we didn't - this was primarily Glide's fault. Median's illumination settings were adjusted mainly for use with the built-in video modes. Back then, people would install the game and get Glide for extra enhancements, but in recent launcher updates, we started shipping Glide as the default video mode (and for many good reasons). Understandably, the game was looking much more different for people that didn't intend to use a more modern video mode.

We really appreciate the gritty looks of D2 and definitely consider it one of the main selling points of the game. The illumination for every stage has now been manually modified to look nice when using the new default video mode, Glide. Additionally, many light effects, such as the ones coming from monsters or missiles have been greatly reduced.

Caldeum and Silver City are the new 6th and 7th towns

We have now fully implemented new town mechanisms. Both Caldeum and Silver City are now fully considered towns, meaning that dying or using a town portal in certain zones will now take you to these towns instead. Now that we have actual towns with waypoints, you can expect to see more towns implemented in the future. 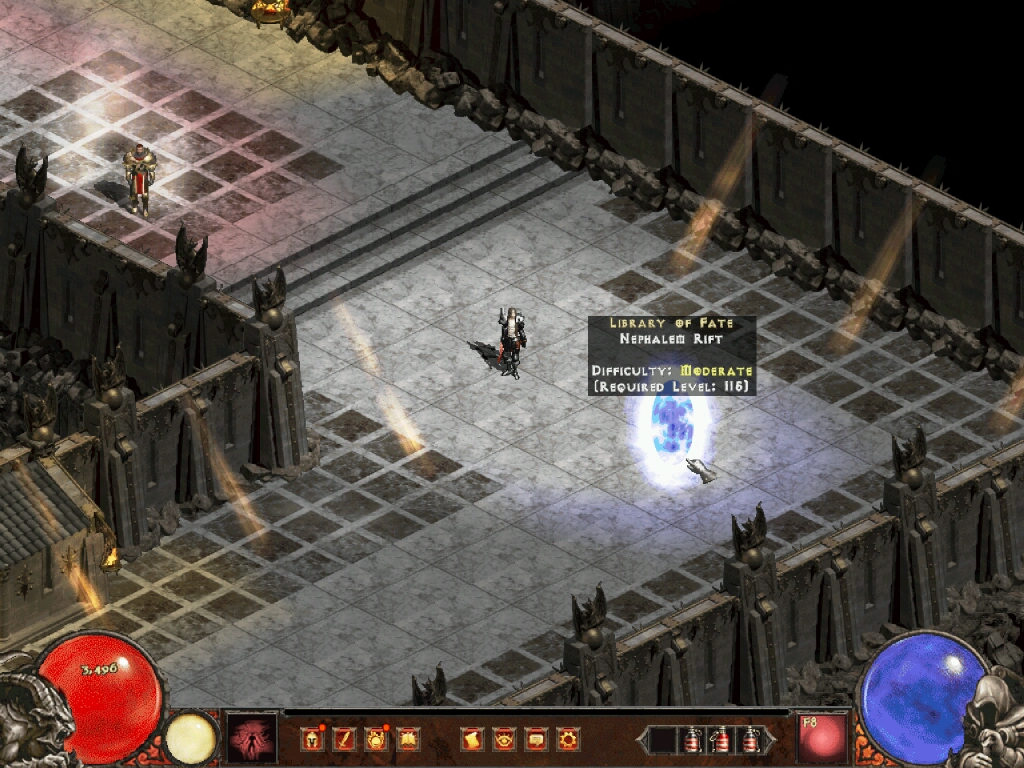 Strange riftstones have started to appear on Sanctuary, use them to travel to a realm between worlds. Discover what is manipulating mind and matter and why, before it is too late. Play through an epic 15 level quest chain, where the areas are transformed with every new game and unique challenges await. Monsters gain unique modifiers which strengthen them as you venture deeper, yet defeating them offers many outstanding rewards.

These include brand new crafting options for your favourite builds. Here are some examples:

Those which successfully brave the Labyrinth will also be rewarded with a powerful charm which may be further enhanced by the most diligent headhunters.

More changes and improvements are coming with the 1.1 patch

Yes! This is not everything. We have more unannounced changes, and as usual, you can expect a lot of balance changes to class skills, items and endgame zones, as well as your trimestral dose of bugfixes. We want to thank the community for supporting us more than ever - the sigma launch was greater than anything we could have ever imagined. We are very grateful for your patience and sticking with us through all these years. To everyone that has joined after the 18/jan, welcome! Hopefully you're ready to dive into your first fresh ladder season playing MXL. THANK YOU!

Has a thread with over 10.000 views
Legendary Supporter Badge

Has a thread with over 10.000 views
Great Supporter Badge