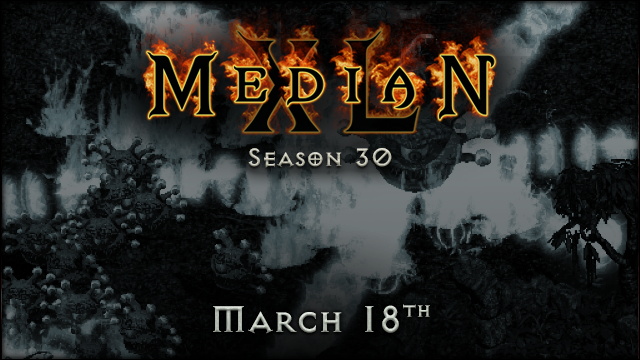 Defeat Baal's emissary to stop the invasion of Scosglen

A new quest awaits you in Scosglen. Baal has assembled the Dulra Aegis, a powerful artifact allowing him control over the land and its climate, and he must be stopped. An unknown ally has left clues spread around the area to help you assemble your own artifact, which will allow you to fight his first emissary, Sescheron's Destroyer. Can you put an end to this madness?


In addition, there are many other Scosglen related changes, such as monster and corrupted boss rebalance, improved drop biases, revamped treasure box outcomes, corruption changes and more.

Per community request, many oSkills are being revamped with unique scaling mechanics

oSkills are one of the fan-favorite features of Median XL and you, the community, have made us aware of how much they matter to you. We've decided to add oSkills in our seasonal "Patron Build Rework Poll" and it won by a good margin. Therefore, the upcoming 2.2 patch features a multitude of changes to them, bringing new interesting and unique ways to build around them. There are over 10 revamped oSkills, but in this topic, we will only tease a few of them which introduce exciting new mechanics:

Revamped the way Relics are obtained, used and scaled

Since their introduction, relics were intended to be a scarce endgame item that could fulfill multiple roles: build enabling (through granting oSkills), build enhancing (through orange stats) or "stat sticks" (provide a high amount of a single stat). The main dilemma was that if individual relics are good on their own, they would become balance-breaking when stacked.

For example, if a relic provides +30 to Flamefront, it would work as a stand-alone build enabler, but then it becomes ridiculously strong when stacked, i.e. it would only take 2-3 additional copies to hit max Skill Level of 150. While if the relic is only +10, it balances out when stacking but then it stops being good if used alone. For this reason, we're moving in the direction of limiting each relic to one copy - this allows us to make relics stronger on their own with no fear of insane scaling/power creep if stacked. And that also means they can drop more often!


WARNING: non-ladder and single-player characters will need to unsocket their relics before patch is live. Due to them no longer being socketables, the game will eat them.

Improvements to Runewords, Corruption, and other convenience changes

Finally, no patch is truly complete without improvements in terms of convenience and accessibility.

We're amazed to reach our 30th season on TSW and this is possible thanks to the support and activity from the community throughout so many years, this is a massive milestone for us. If you are excited to play 2.2, our beta season has launched yesterday which you can access by supporting us at Patreon. If not, you may consider joining our Discord community for sneak peeks to keep you entertained until the big day.

Unfortunately, not everything is good news as the world succumbs to War. Our hearts go to the people of Ukraine and we pray for a peaceful resolution and an end to all the violence and fear. In such times of global distress, we take our roles as game developers seriously and will continue to do our small contribution to the world by providing entertainment and allowing people to escape the sometimes tragic and overwhelming aspects of reality. We've received multiple letters over the years about how Median helped people cope with issues, and we just want it to be known that we hear, care, and this strongly motivates us to keep going. We love all of you, and hope that better times are ahead. See you next season!

Created a complete character guide
Look like very good changes all around ! And thoses big eyes in the header look scary

Milkshake wrote:Can we get a time for the reset to plan ahead?

> The full patch notes will be released 2 days prior to the new season.

Milkshake wrote:Can we get a time for the reset to plan ahead?

I'm aware what time previous ones started at. I'm asking for a specific time this one will start at. 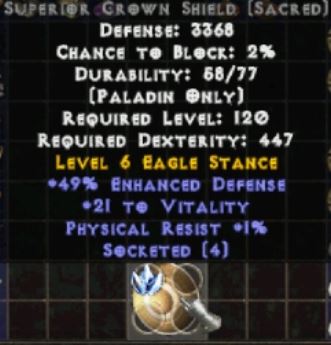