Threads that no longer serve a purpose. Read-only.
Locked
2156 posts

Created a complete character guide
Replace the unused Obliteration sin blackroad skill with something like clod Death Sentry - like it shoots 5 times and casts Obliteration.

Batstrike should cast 10 bats per hit

More defense for dexterity - the bonus is too small.

Donated 1 time
Idk if this has already been discussed but i think it will be faster for crafting if When you take out a shrine from a vessel, they both spawn on the bottom right of the cube instead of top left.

That way it will be faster to take off lets say 20 shrines from a vessel.

Created a complete character guide
So I have an easy fix for Yshari - when you enter the portal you spawn in the middle (Boss area) when you kill one of the small bosses they create a red portal that takes you back to the start/middle. 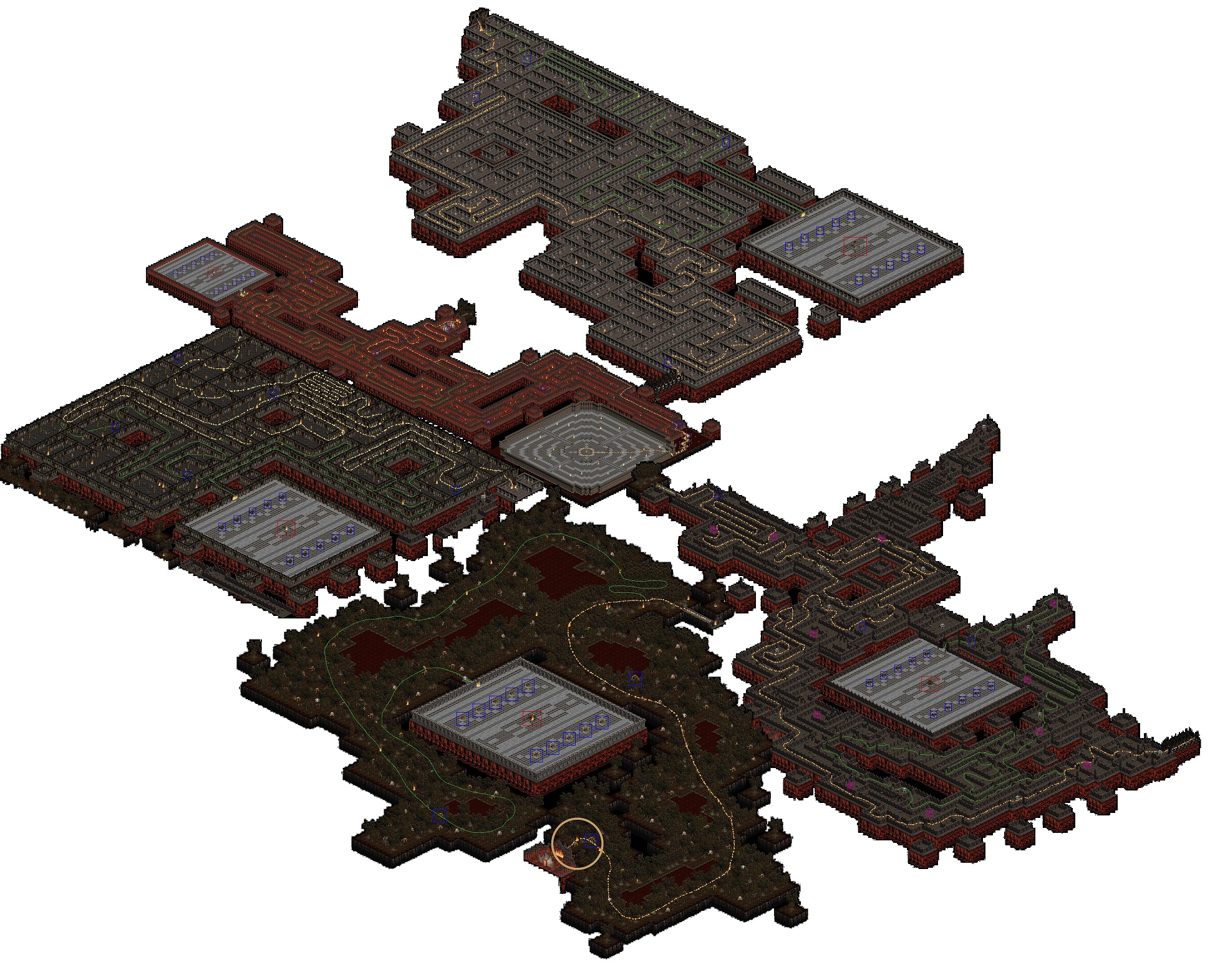 That way you don't have to commit 3 hours at once to it and it's easier getting set pieces which didn't want to drop. The maze factor is still intact except for the run to the boss.

The not so easy fix - making it closer to the lore.

The Great Hall of the Sanctum is a massive octagonal room.

The Bitter Depths are located beneath the Sanctum, which hold the Ancient Repositories.

The room where you should find the charm?

Created a complete character guide
Sorc's Immersion skill's "wave" pattern is frustrating. Too often, the waves simply go around an enemy, especially the farther they are away from you. Even if you're firing point-blank (and as a Caster, why would you want to), there's still a chance you won't hit anything if your position is off. On those rare occasions you actually do manage to get into the perfect position, it's damage is devastating. But those moments are too few to make the skill worthwhile as it is, IMO. Maybe if it's pattern were more like Forked Lightning... IDK, maybe I'm just missing something with how it works.

Edit:
To be clear, I'm talking about Immersion as a single-target/boss-killer spell. Laying down a wave of Immersions to clear trash mobs is fine.

Has collaborated to our forums, realms or mod
now that the new MXL 2017 patch is on the way i have a suggestion.

Why cant goodberry be a passive? Its basically a mandatory buff to keep up all the time anyways and it just promotes horadric cube and inventory clutter and gives me carpal tunnel. Having to click goodberrys and snapshot them is such an annoying mechanic and i really wish this wasnt a part of playing druid. Its actually the main reason I dont play druid in MXL.

Donated 5 times
I would absolutely love if there were charms or trophies that allowed for different character morphs. I know there's already a sorceress morph but I'd love to see other classes as well. Even if just for aesthetic reasons instead of break-points.

Possible ways to implement this?

Make a world boss/uber for each class.

Amazon in TA
Necromancer in The Void, etc..

This would be a game-changer for individuals like myself who draw concept art and value aesthetics.

Makrel
Dark Huntress
13 | 5
0
I like playing hardcore. But since I'm not a experienced player most of the character has died.
Maybe you can organize an "intermediate" hardcore-softcore. ...Cat's hardcore (CatsCore

). Essence - each character is not infinite lives and not one, but 9 lives

!
It does not matter how to call, and not necessarily 9 lives, maybe 3/5/7. I think it would be good to have such a game mode.

Earned over 20 cookies
Why not just play softcore and learn the game like a normal person, then if you want the extra challenge go play hardcore instead of shitty suggestions.
#1219
3 years

Helzopro wrote:Why not just play softcore and learn the game like a normal person, then if you want the extra challenge go play hardcore instead of shitty suggestions.


I certainly play softcore to learn the game

That's why it seems to "middle" game mode can be in demand.
Especially if on new patch Baal be much more difficult ("-Massively reworked Baal on all difficulties... and it's now an epic fight." M17 1.1 Announced)