Anyone else been treated unfairly by other players or admin?

Threads that no longer serve a purpose. Read-only.
Locked
42 posts
G_dawg
Stone Warrior
32 | 0
PLEASE READ ALL before reacting.....
I have been banned unfairly from the tg centre, and I cannot even give me tg to someone for them to enjoy. Has anyone else had this kinda thing happen to them?

I was deleted under the heading "scamming users". This is laughable, because I have never scammed anyone ever. Those of you have gotten free from me , or incredible deals know this is true.

Basically, A guy wanted an amulet from me but took a long time deciding to buy it. I forgot that originally I handnt tried to lotto this amulet. In the interim I did. He finally says he wants the amulet. He sends me 15tg for a +3 locket, and I give him the amulet. He picks it up, seems fine.. I say good day sir, or something like that and carry on with farming.It seems suspicious to me that for +3 locket the attempt to upgrade would be a 'deciding factor' in the purchase,..however i forgot about it so there WAS NO OVERT ATTEMPT TO DECEIVE.

I decide to go get a coffee, pee w/e. I check the messages (in case of trade stuff) and theres angry messages complaining about the already upgraded....threatening a ban from this guy. I try to whisper him back to solve this and I get no response...so I assume hes blocked me.

Not even 5 mins later, Jammy (admin) tells me to return the tg for the ammy. By know I am really irritated by this whole thing. The guy must have unlbocked me, because now hes suddenly messaging me to give him the whole thing.

I tel him ill give him a partial refund...after all hes getting an amazing deal here anyway. Thats no good, So I refund his tg AND let him keep the amulet.
Jammy bans me from the tg centre under "scamming users".

I love this game. I think its an amazing testament to mod programming and conceptual design. I appreciate those who work tirelessly on it.
Obviously since I am banned from the tg centre I wont be playing which is a huge shame.

I think this is incredibly unfair. Several ppl have told me he pulls this crap,.. but I dismissed it as a heavy handed judgment.

I had 500 tg and this guy had over 2000 I think. two tousand! and he wanted me banned after 30 mins over a 15tg ammy ...that I refunded anyway. I let him keep the ammy, because my grievance is based on principle... I dont care about the tg.
After reviewing my trade account data...can you admins HONESTLY say that there is ANY evidence that I am a scammer? Exactly... I didnt think so.

You might dislike my criticisms of some admins inaction..but thats a legitimate position. banning me over this trivial misunderstanding because you dont like me is childish, and unprofessional and I ask you to undo it.

Thank you for your time,

Donated 5 times
Posted by you only 3 hrs ago.. still claiming it was clean.

Then when the buyer realized it wasn't clean, you only offer a partial refund because you were "already giving him a deal?" no m8.. the point is that it wasn't clean when you said it was. 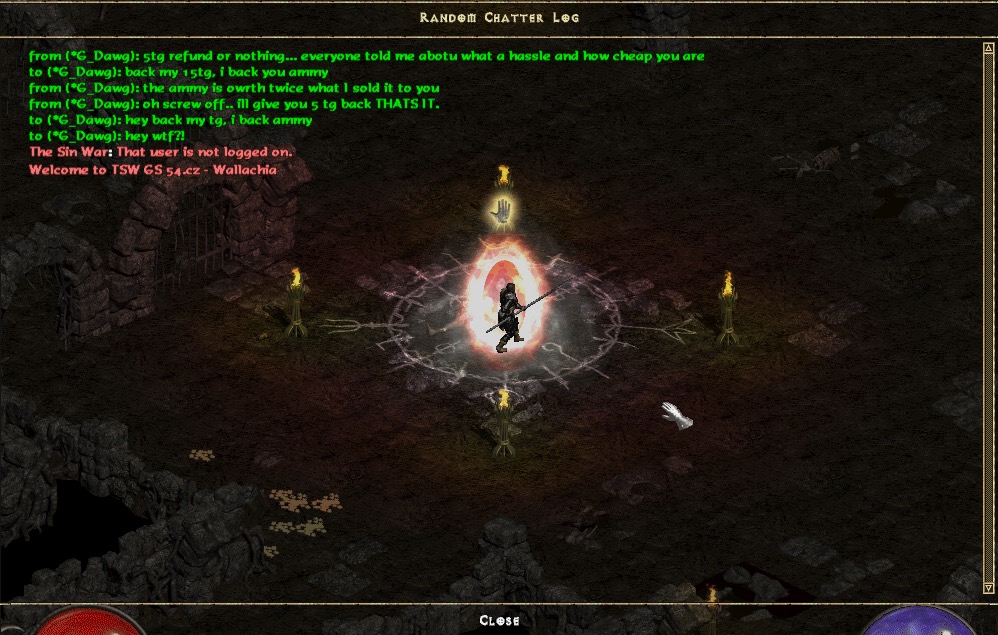 You're trying to make the buyer out to be the bad guy for not realizing immediately that it wasn't clean, yet you're not holding yourself to the same standard when you're the one who "forgot that it wasn't". Lastly, you further couldn't do the right thing and first tried to get away with it before I ever jumped in.

G_dawg
Stone Warrior
32 | 0
yea that proves my point, albeit stuff has been clearly ommited before it
#3
1 year

G_dawg
Stone Warrior
32 | 0
You clearly omit that 1-he saw the amulet and didnt care when he got it.. but changed is mind 15 mins later
2-that he blocked me at first before I could even talk to him THEN started messaging after i had attempted to resolve it but couldnt
#4
1 year

G_dawg
Stone Warrior
32 | 0
those are important points.. not to mention I gave him a full refund AND let him keep the item. You neglect to mention that.
#5
1 year

Donated 5 times
Why would I mention that when you already did? The fact remains that you offered a clean amulet for 15tg and it wasn't clean. End of story.
#6
1 year

G_dawg
Stone Warrior
32 | 0
Why cant you just man up and admit that this guy jerked me around till I was mad, then suddenly wanted it back and I was reluctant to reward him for his petulant behavior. Yet I gave him everything back.. its obvious im not a scammer
#7
1 year

G_dawg
Stone Warrior
32 | 0
You allege it was a PURPOSEFUL ATTEMPT to defraud him and it wasn't.
#8
1 year

Donated 5 times
M8, you should've just given the tg back immediately. That's all there is to it. You shouldn't have gone on the way you did, you were the one in the wrong. 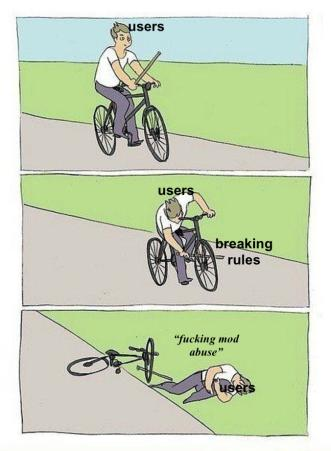