Earned over 100 cookies
Corpse Party Blood Drive. I never got to play it for PS Vita but now its been ported over to PC im damn well finishing it to finally get some closure after Blood Covered and Book of Shadows.
#631
7 months

Donated 1 time
Imagine jenga, but with a lot of twist 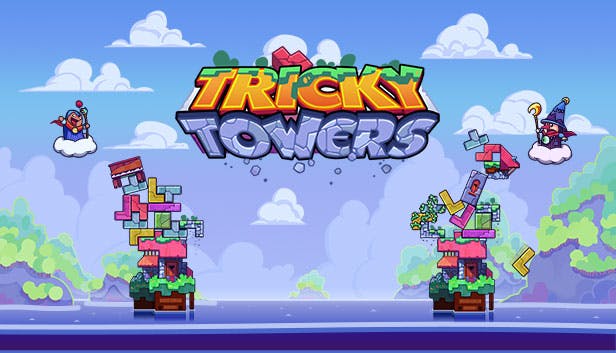 This game is actually competitive tetris that you can use spell to help your side or sabotage your opponent. The big difference between this and tetris is that all blocks have physic and topple down if you dont build your tower properly. The only single player content is 50 trials is revolved around racing (build to certain height as fast as possible), puzzle (you need to put blocks in tricky spot and cant make mistake) and survival (where you need to put required amount of blocks without making unit falling down too much).

Game is pretty tricky because the mechanic is pretty hard to grasp into. First you only move 1/2 block rather than 1 like normal tetris. You use nudge left / right but because of the speed, you accidentally bounce back or use it push a block into position. My biggest issue is that any block that touch the tower IMMEDIATELY become uncontrollable. So those technique where you can use tetris to get into gap at the side of the tower? A simple mistiming = it will ruin your games. This is my major issue with the game because the timing is pretty tight. Another different mechanic is that there is oversized block that double width and length (so a square block is 4 x 4). There is some tricky hazard in the game like ice block (slippery), chained block (cant rotate) and several hostile spell that disrupt your gameplay like block fall faster, smoke blocking your view, block swapped out to weird stuff.

This game is probably the game that manage to make me rage so much because of that freaking mechanic (tight timing for nudging) that ruined several hard trial in the game. If you have friends to play with, probably this is a good game.

Alternative : Ugh sorry i dont play much tetris like game. But if you wanted some physic based puzzle game, then probably World of Goo, is probably the one i can suggest that i played before. Hmm but if you want puzzle platformer with some physic, I guess Trine Series and Max the curse of Brotherhood fit nicely.
#633
7 months

there's a lot of product placement in Death Stranding. not sure if Kojima wants to emulate movies doing it like michael bay did with heineken on transformers or whatnot but holy shit. i mean, you drink Monster Energy Drinks in game to refill your stamina. 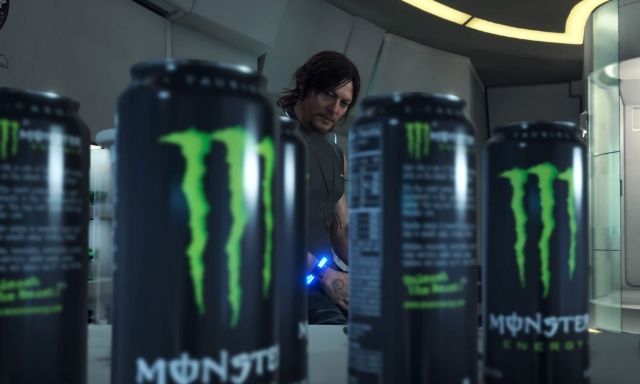 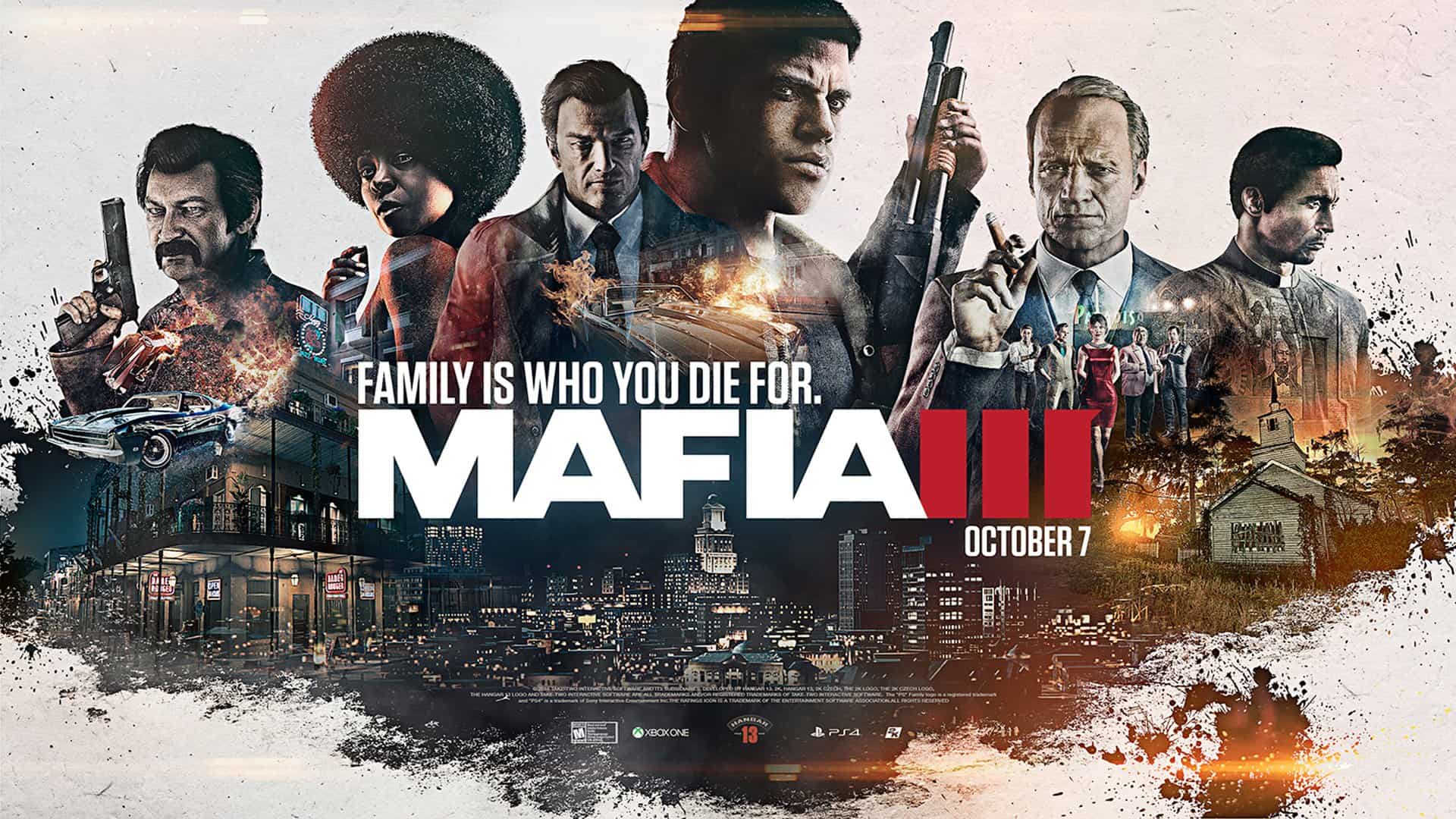 As usual, i took long time with many open world games. This game took me like 1 month and half because my new job doesnt let me have much free time like before. I finished all story mission, all sidequest as well as completing and get 1st place for all races. And it wasnt worth the payoff. But because open world games tend to be dumbed down, it allowed me for my fav of clearing map markers and watching anime. This game have tons of collectible, too bad all of them are not tied in to gameplay at all (what you expect playboy magazine to help you with? make your punch stronger?). The world feel nice like old city in 60s and despite it try to play around with minority vs white men, the theme felt left behind for standard revenge story.

When you design full open world game, you need to have several stuff. First is the activities must be fun, have a bit of variety or at least have reason for player to go to specific. Additionally, you need some of way to make traveling in between markers fun or you will have problem making people get bored with it. Despite this game have decent driving physic most of the time, it still feel boring when only like 2 main missions are required it. There is no fast travel and you pretty much waste 80% of your time driving around. Worse kind of side quest design is to steal slow moving vehicle from one of side of the map and deliver to another side of map OVER AND OVER AGAIN.

This game is among open world that i truly hate, but somehow i still managed to clear them all. Gameplay is way too dull and only saving grace is the cutscene and some of the main story mission. Oh i forgot to mention that you do have some sort of faction you can aligned with, but i choose to be balanced and get the "best ending".

Alternative : Far cry 4 definitely better than this in many aspect. Other open world that i finished was : Just Cause 3, Mad Max, Arkham Knight, Shadow of War, Assassin Creed Origins, all which have better gameplay than garbage Mafia 3.
#636
6 months 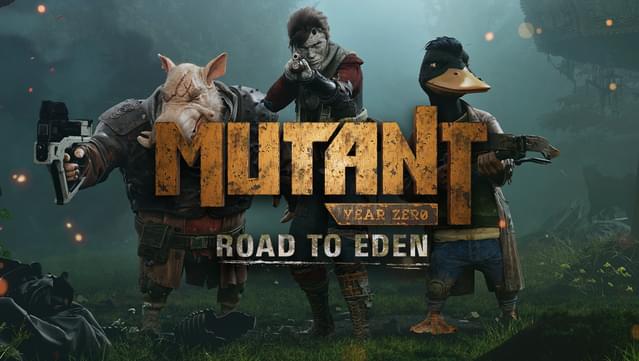 First i would like to start by saying that this game tried to combine genre between real-time stealth and turn-based tactic game. Which is kinda half working, but failed so miserable to me. This game is very similar to JRPG which you are capped to 3 active member, and you need to customize skill and gears to survive in the wasteland. The problem with this design is, save scumming (as usual for stealth game) and ability to kill enemy 1 by 1 is kinda contradict the design IMO. This is much more worse when you considered that sometimes the enemy in whole map will search for you if they somehow survived your first attack turn. Thus, with right combination (stun lock and silence weapon) you will much will take off 1 by 1 of enemy before they start calling their teammates.

So what made me not happy with the game? This game feel like small scale indie game despite having great graphic. The gameplay system is way too shallow to me, from the combat mechanic as well as the RPG mechanic. There isnt much tactical decision to make (at least in normal difficulty) that you pretty much rinse & repeat same strategy over and over again. Yes, sure you could stick a specific role a specific character, but since most of the time that you need to use stealth, i just stick to initial 3 character and not even bother to change to other 2 character. Weapon choices is kinda ok, but because of limited resource in the game, you cant simply just do try and error to test a build out. Oh, although character interaction is kinda neat, i feel like the narrative is kinda basically and straightforward. The game also have no replayability since all loots and encounter are static and it is just matter either you wasting resource or not. Thankfully, the map travel are fast and each map is its own unique zone you can go back & forth.

This game is not bad, but it is just not having enough depth or something unique that make it memorable (yes, it is new genre concept, but gimmick get boring after a while).

Earned over 100 cookies
Sale on steam - bought Age of Mythology with extra content - 7 euros... Nostalgic times when AOE and AOM games used to take hours of my time. Kinda perfect games for me - can wall up and boom, get every upgrade possible, build every building in some ocd manner and then steam roll the opponent.
#639
5 months

Donated 1 time
It have been awhile, pretty hard for me to focus on 1 game and finishing them.

Imagine a pinball game combine with metroidvania, you get this pretty neat game. The only game that really have this mechanic in the past was Sonic Spinball. However, this game done much better with much bigger world, as well as unique pinball arena. The game is pretty easy to play, but it required quite precise timing for several mechanic, making it kinda annoying especially if mistiming a button press can lead to several minute backtrack. As for difficulty, yes the game is quite difficult. You dont have any big penalty for dying aside from losing several currency. In fact one of the side mission required you have at least 50 "deaths" for it to trigger.

I managed to 100% this game (both achievement and collectibles) which made me quite happy since it have been since i able to clear a game (last one was Shadow of War & Assassin Creed Origins iirc). The gameplay mechanic is easy, you have standard pinball mechanic with left and right paddle, ability to roll the ball when you are outside the arena, swing around with rope, swimming underwater (yes you can, late game) as well as do a tricky jump via sticky bomb. The artstyle is cute and feel like nice child artbook, with soothing eyes colour palette. Only problem with the game was the it is kinda clueless and easy to get loss in the game because it only gave marker toward destination without knowing what ability you needed before you can proceed.

This game is neat indie games with unique gameplay. I highly recommend because it is not easy to find something new like this game. Although sometimes it is quite infuriating with the timing of certain part, regardless it is pretty chill game.

Alternative : There is no pinball game that i played, so i will recommend game with similar artstyle and feeling. Toki tori 2 (yes you can straight play sequel) , Song of the Deep, Fortune Summoner & Waking Mars.
#640
5 months