Donated 1 time
I cant control my boredom and angers..... 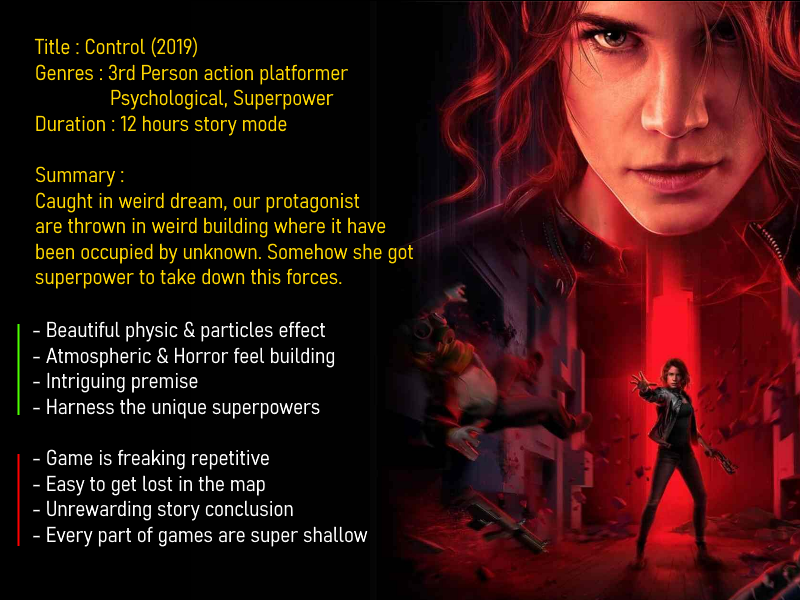 Control is a game that i go in slightly blind. I know it was made by Remedy (Alan Wake, Max Payne 1 & 2) Which i truly adore with its psychological horror element in both game. I also know Control have been used for benchmark, mostly to test RTX or its particle effect.

Im sadly to say that Im have very negative experience in this game. It werent for anime that Im watching at same time, i would be bored to death about this game. The strength of this game is definitely on artstyle. The gameplay while fun when you get at beginning, it become to repetitive from beginning until the end of the game. Go certain places, trigger enemy spawn, kill all enemy, proceed forward, some cutscenes, repeat. There is no variety in term or set pieces (meaning an event happened in game).

You have your main power of telekinesis where you can pick up stuff and throw to enemy. You also have guns, which can transform into multiple different type. My problem despite the variety is there, there arent much way for you to customize or modify your skill. Most of them are just basic "do more damage, cost less resource, faster projectile etc". All enemy encounter is pretty much just hide behind cover, then throw stones or shoot enemy then reload. There is some boss encounter, but you still repeat the same freaking things.

Personally, I hate this. Kinda weird because it is a good game but the gameplay & pacing are just too boring. It have potential of to be masterpiece but I have played many brain dead more fun games than this. I didnt even bother thinking about completing 100% achievement for this game.
#951
3 months

Earned over 100 cookies
Enjoying my last week of sweatiness before i get dragged off to other stuff irl. Also, Resident Evil 8 in 4 days. Yeah. 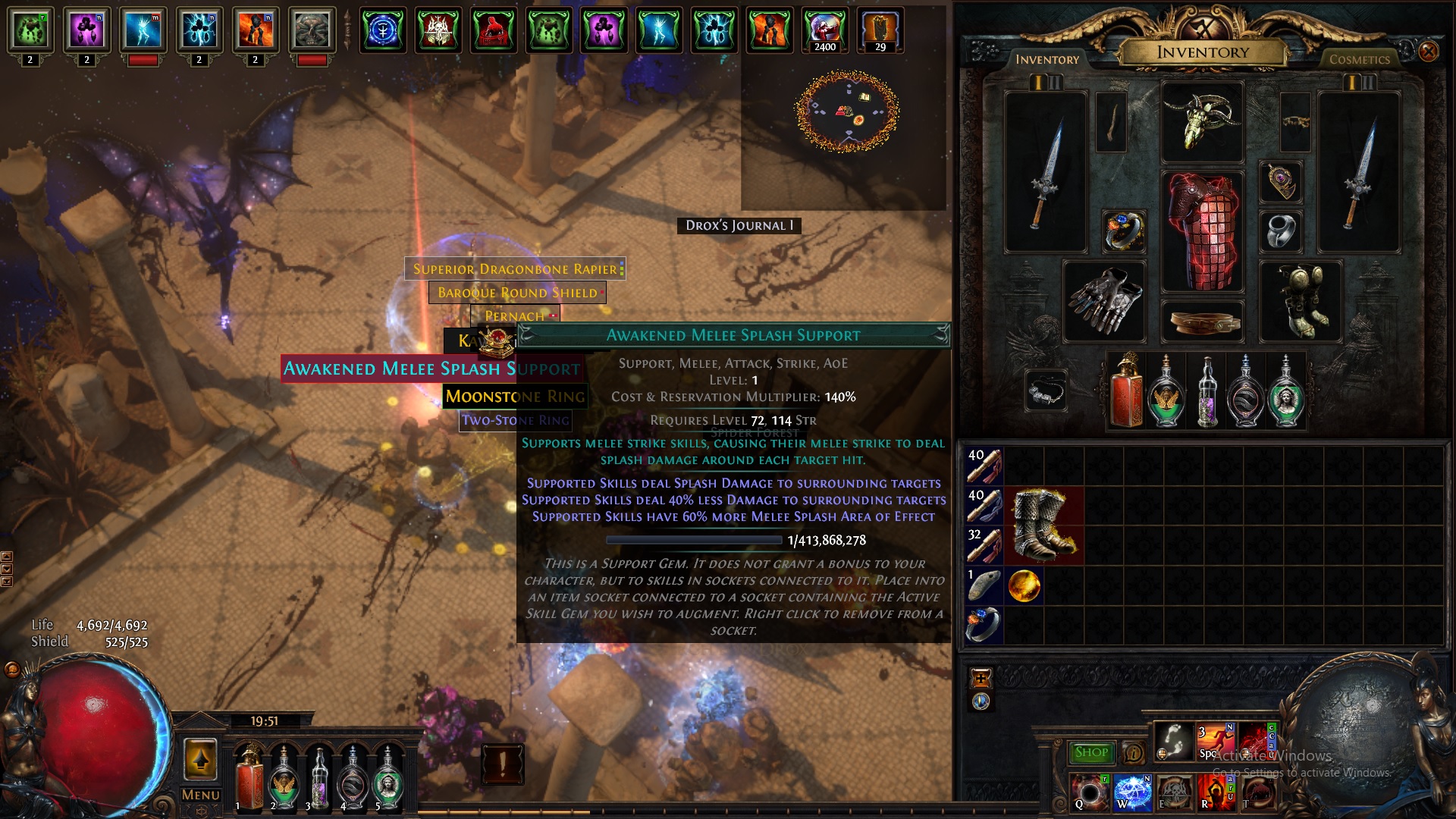 Augustos
Imp
5 | 0
0
World of Warcraft: Shadowlands. It certainly manages to capture the same feelings I’ve had since first started playing the game. The leveling experience overhaul, constant sense of progress with rewards, and new campaign stories make Shadowlands a must-have for any avid player, my opinion. If you are pressed for time and can't grind then I recommend to do as I did - I simply found all I needed on Despize. Live support and money protection are the 2 main advantages why I chose them.
#953
3 months

Earned over 100 cookies
Did my first blight map - succesfully 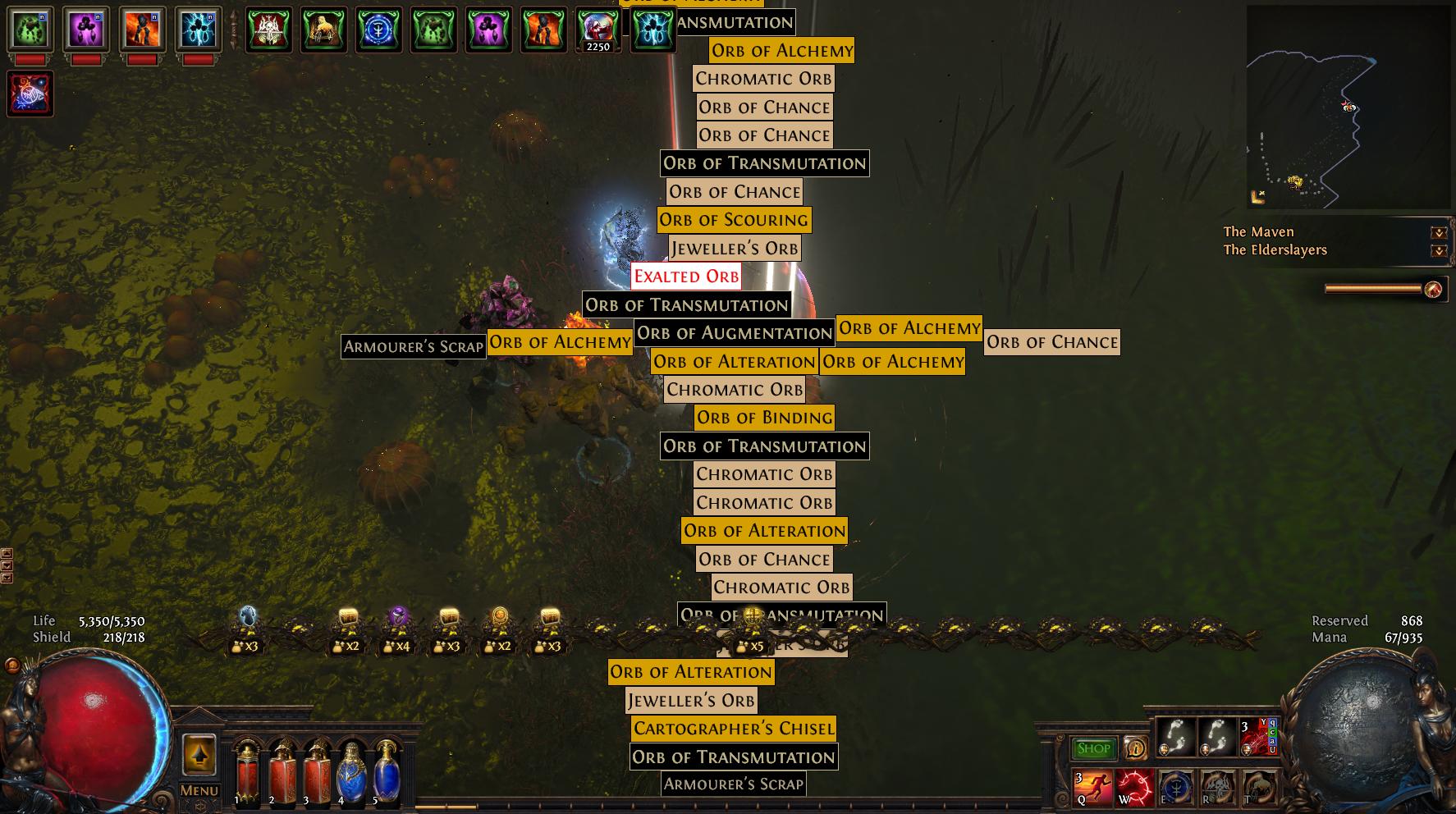 Question - i have now few gems that i leveled to lvl 20. I heard about possibility to turn them into lvl 1 but with max quality. Npc does not give lvl 1 gem when i tried to sell. What is missing ? And is it worth it - i will have to level it up back again ...

Earned over 100 cookies
Im really hurting with Inpulsa staying at 5L. I really need to 6L it eventually. T16 corrupted Enslaver slapped the frick out of me, i was almost halfway through lvl 92 as well. Feelsbadman.

Also, imo you should try to get a ring with "curses enemies with Vulnerability on hit" rather than having a gem slot for the curse itself. Or better yet try to get "triggers poacher's mark when hitting a rare or unique monster" on ring. You can replace that gem slot with Void sphere which is gg CC for its duration , though its phys dot isnt anything to write home about.
#956
3 months

Earned over 100 cookies
Is inpulsa really necessary ? that skill with chain and other support gems wipes out enemies starting from first one who is on screen and kills the rest ez pz. As for 6 link - there is plenty of cheap options just filter your colours and some hp (10-30chaos). Will look up those rings, but i have good setup for rez and life now, also have the belt with socket in stash which needs some crafting attention. Stash is full and overfilled, even made alts to store those influenced items to sell for exalt parts, but frikin helmets not droping ....
Corrupting gems is safe ? can it fail somehow ?
#957
3 months

Earned over 100 cookies
Inpulsa is not necessary but i prefer it because of the shock explosions, so im sticking with that. And i know theres cheaper options, i just prefer Inpulsa. The only issue is that its corpse explosions will not chain for longer than its dense radius though there is a new unique glove that make shocked enemies proliferate with a wider radius so i might try that out to synergize with it.

You should buy quad stash tab and currency tab. Also map tab for good measure. The QoL is through the roof. Keep your eyes peeled for stash tab sales, usually 2 or 3 times a month.

Corrupting is never safe. Basically you have 25% chances of white socketing , 25 % of changing its implicit , 25% of changing its quality/lvl (could go lower or above 20% mind you) and 25% of bricking the item. For gems though it only triggers either going above level cap (like getting lvl 21 gem) or lowering it, which ofc is bad. Same goes for quality it can give it 23% quality or lowering it below 20%. Pray to RNG.
#958
3 months

Donated 1 time
Why is there no PoE-thread?

I absolutely loved Deus Ex when it came sometime 2001-2002(?) and decided to play it again, finished a while ago. As I am too familiar with the game I also wanted something new so with a few mods that game still can't disappoint.

Then I heard about Vampire: The Masquerade – Bloodlines. Supposed to be kinda like Deus Ex but in vampire-theme(duh). Has anyone here played it? Googled some reviews but so many mixed opinions, maybe I should just try it out.
#959
3 months

I absolutely loved Deus Ex when it came sometime 2001-2002(?) and decided to play it again, finished a while ago. As I am too familiar with the game I also wanted something new so with a few mods that game still can't disappoint.

Then I heard about Vampire: The Masquerade – Bloodlines. Supposed to be kinda like Deus Ex but in vampire-theme(duh). Has anyone here played it? Googled some reviews but so many mixed opinions, maybe I should just try it out.

And about VTM Bloodlines, it's one of my favorite games of all times. Just too bad that it's known for being riddled with bugs. There is an unofficial fan made patch that fixes most of it's screw up tho, as well as giving it some QoL adjustments but haven't tried it out yet. One of Troika's last games if not the last before Activision screwed them as they always do. They basically forced them to rush a buggy game. 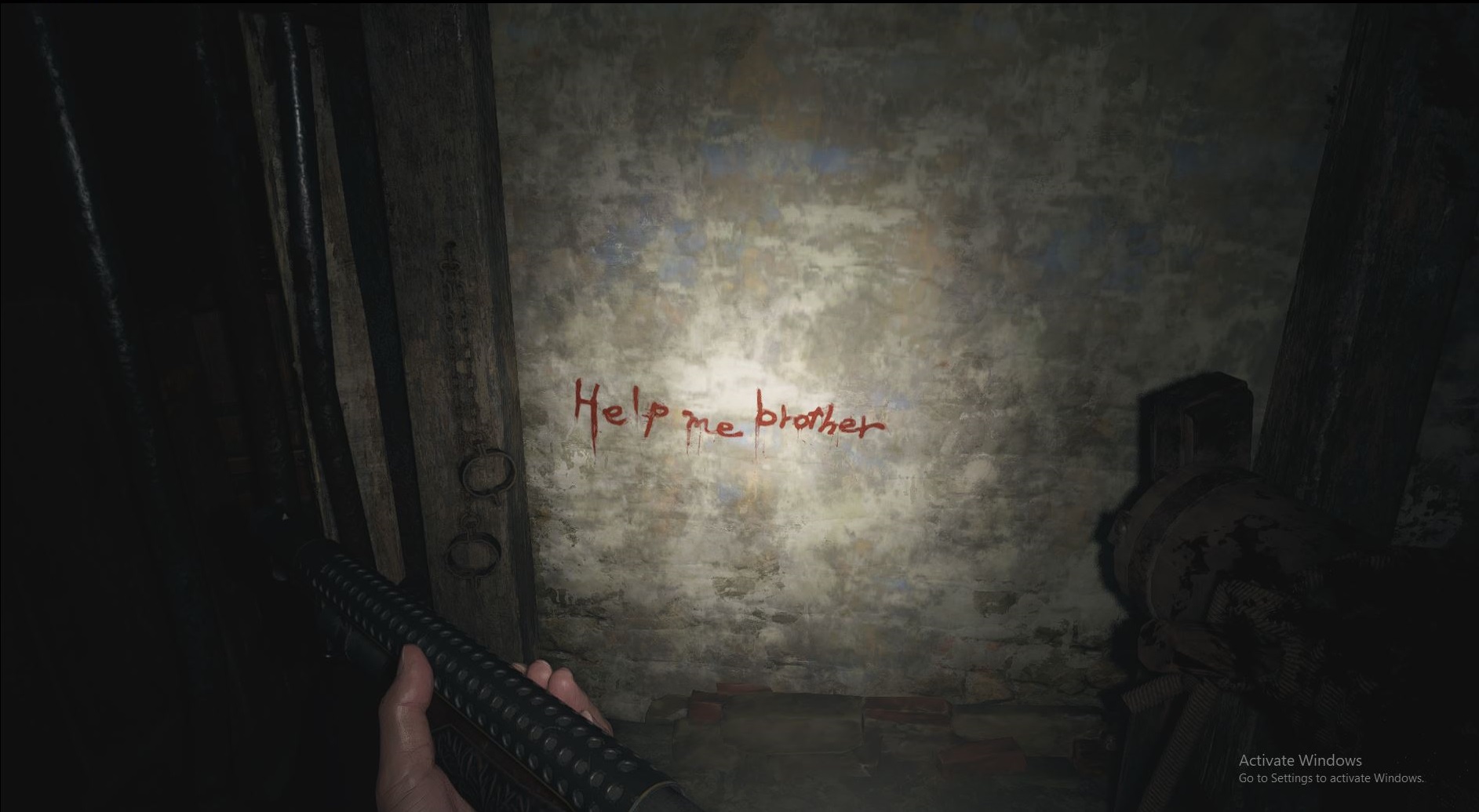