Talic wrote:Yes, Xaphan is currently re-working skills as I know.

Also, mods that are going to be updated soon are those two by SheX i.e. E=mc2 and The black parade.

And don't remember what I read anymore but I think that Dark Alliance is getting some updates soon.

And still waiting for that diablo 1 mod for diablo 2, but I guess we will have to wait a little bit longer, but it is at least in the development.

You are right we working on new patch for dark alliance. We trying hard release it on 23rd december. This will include a number of patches we worked on internal + a special event.

You are also right Xaphan is back working on his mod.

2019 will probably be as awesome year for mod players as its been in 2018. Keep more mods coming!

Also, dont forget buy It Lurks below and support David Brevik (creator of diablo 1 and diablo 2). He working on an impressive solo project game and doing multiple patches weekly. Game is like Terraria meets diablo.

First I had to check are you a real kingpin, but it seems you are.

Yes, lot of mods and I am without PC, but that means that mods are going to be even more polished once I start to play them.

PS - I guess/would say that It Lurks Below should go to separate topic, or in topic: what games are you playing.

To keep the topic clean for D2 mods only, not sure about the rules.

Anonymous: wrote:Tell more about Dark alliance mod, i never heard about it.

Dark Alliance - still in alpha, maybe better if kingpin gives more details about it or check official phrozen keep discord for more detailed news, I guess there is also Dark Alliance, you really need to try it to see what you can expect, this is sth that goes on my list of must to play D2 mods once released/finished.

Don't have images anymore since host died at some point, but small short video while searching for bugs in DA: 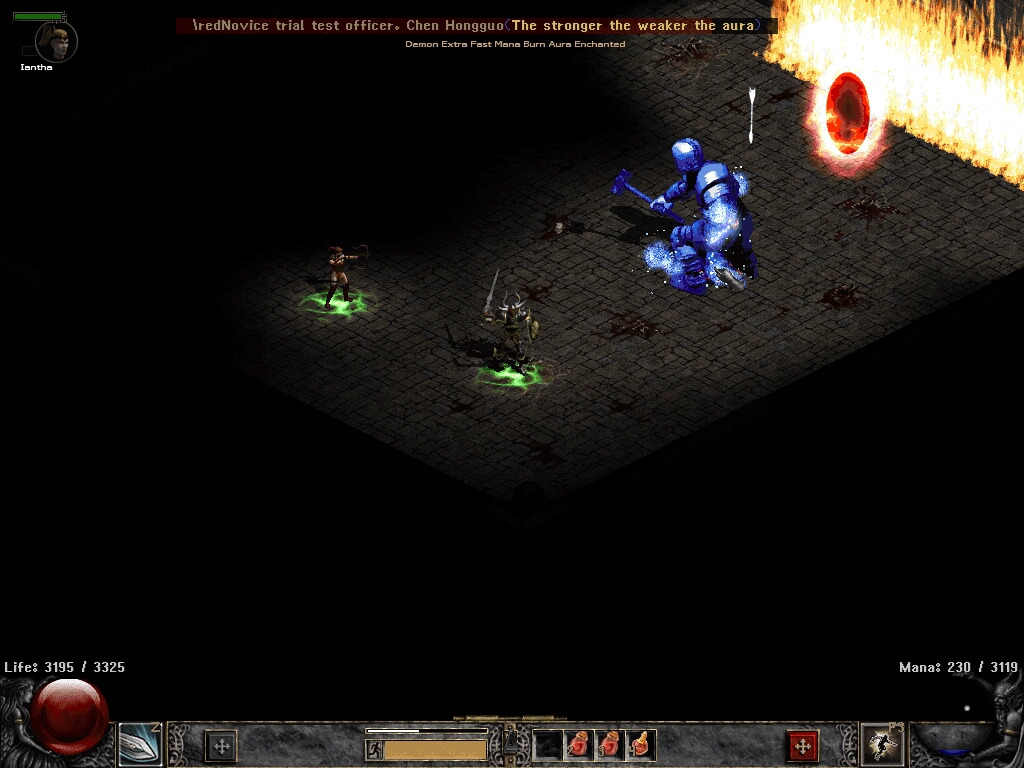 The stronger the weaker the aura...
Sprechen sie english ?

Also the /red before the name, unsuccessful attempt to make his name red...

Neither do I, but no one is perfect, I guess. 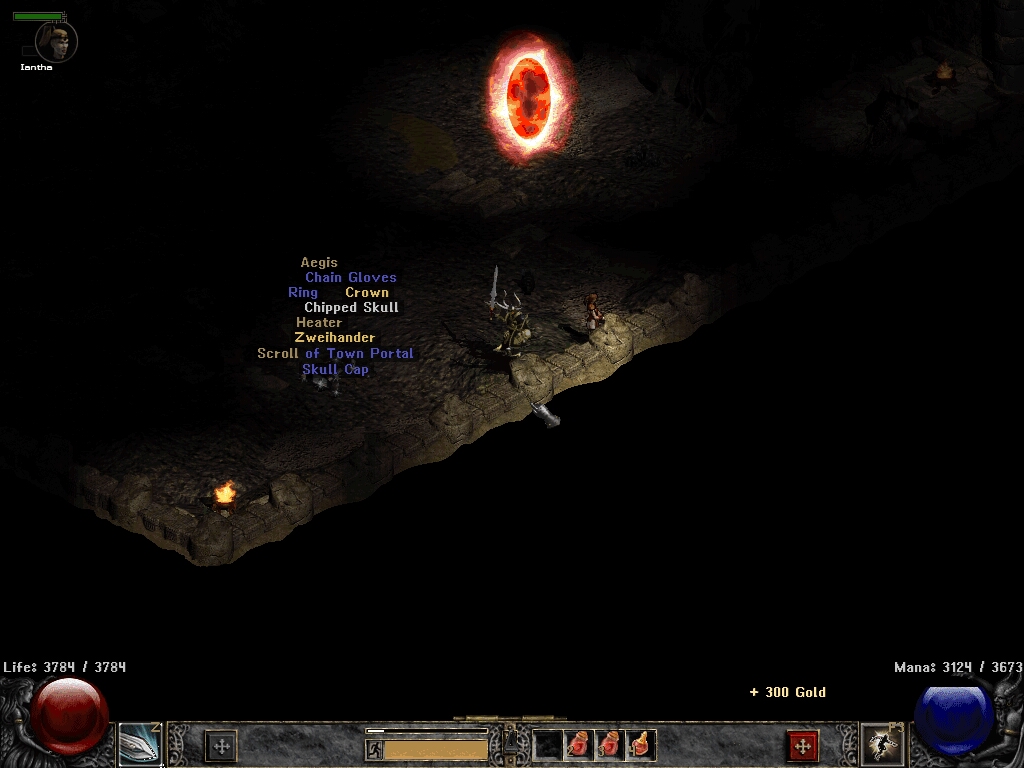 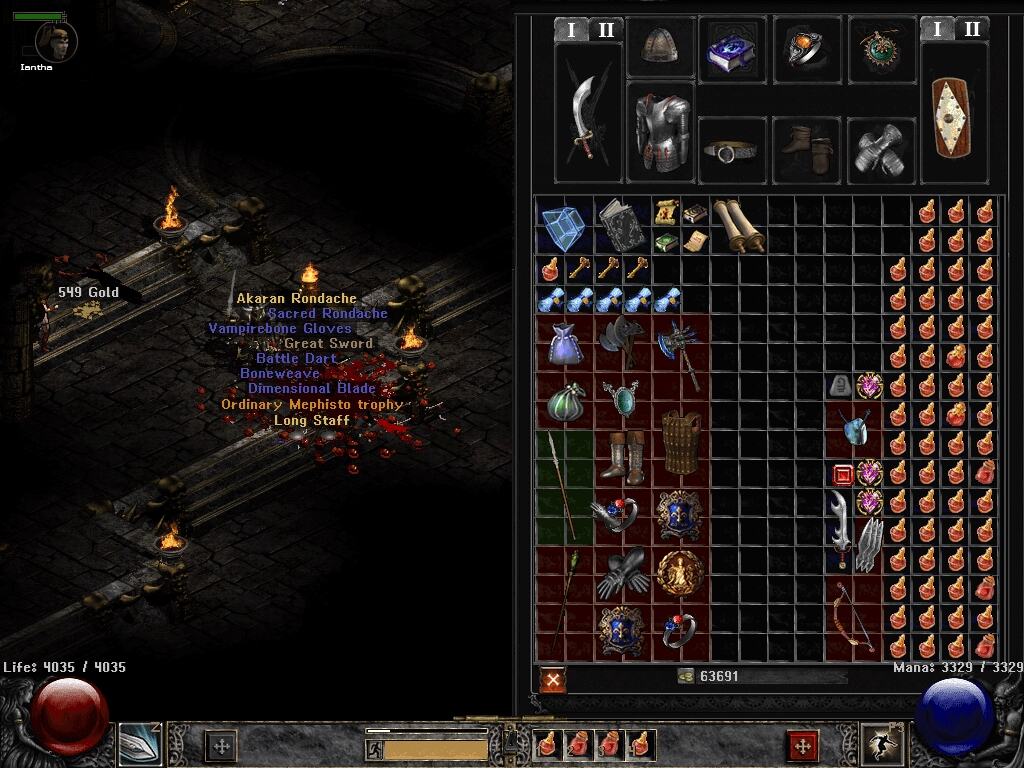 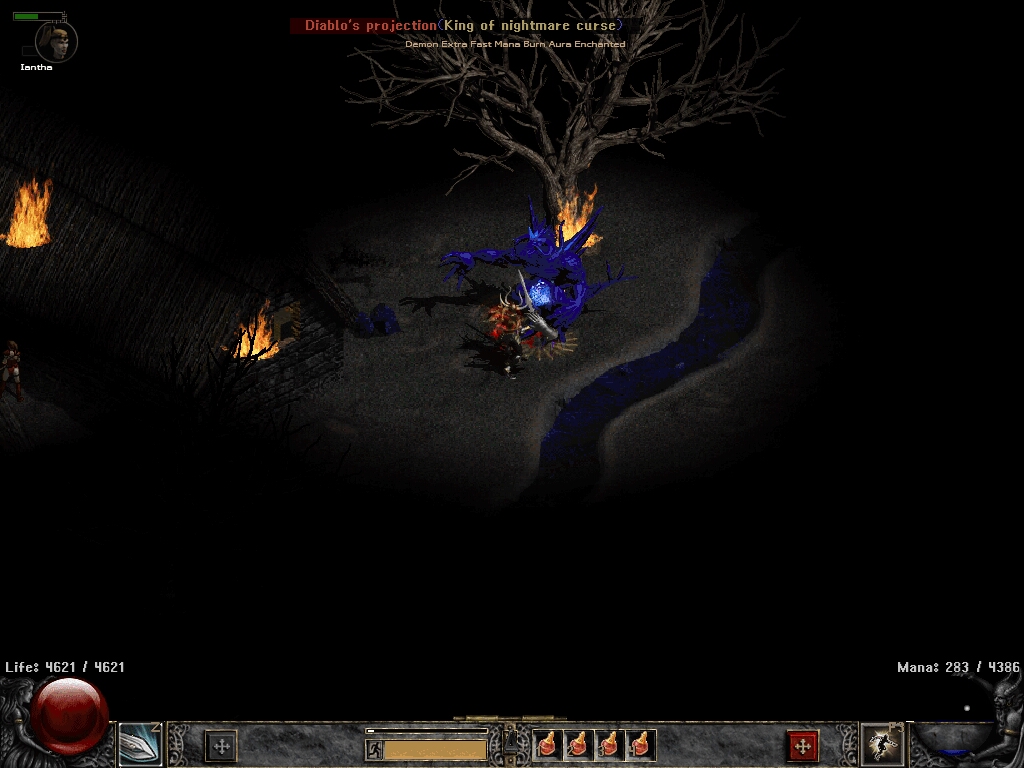 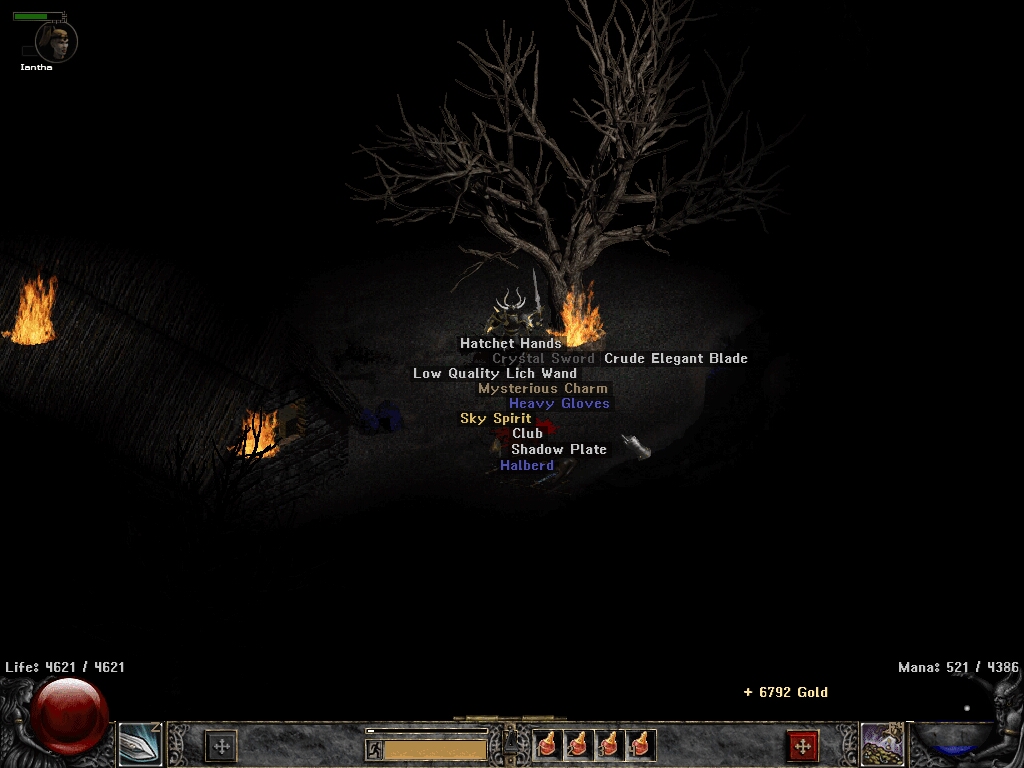 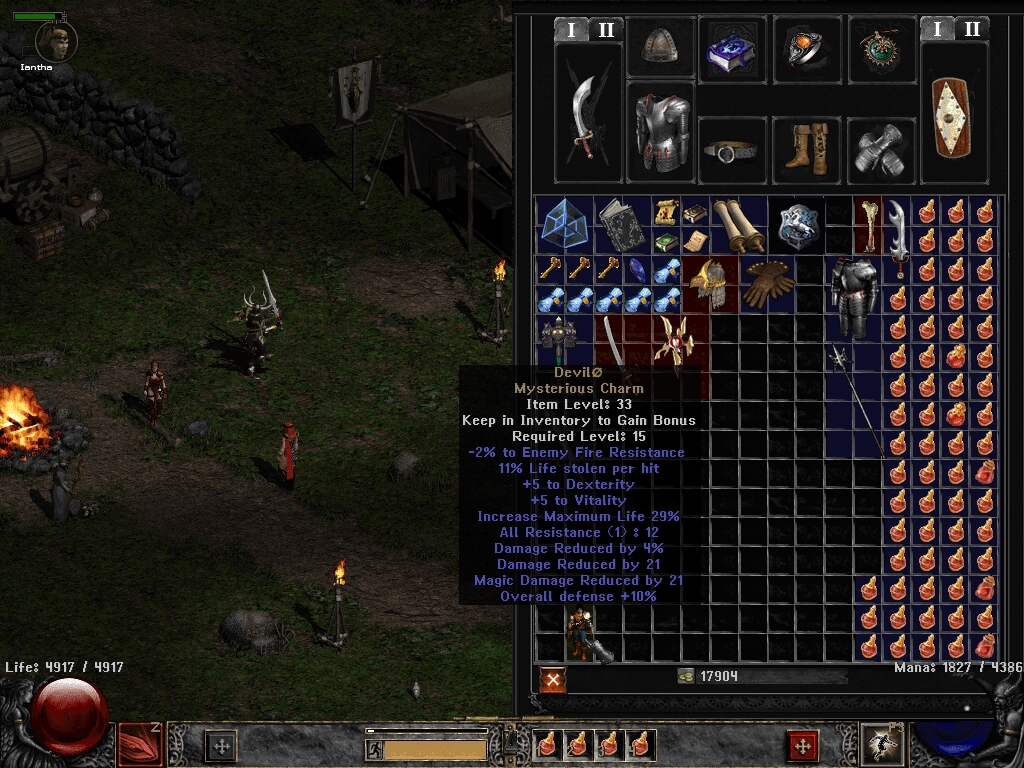 void wrote:lol, sure. do you know if all of the recipes are useful?
imo it sounds unnecessarily complex, its not like it improves monster slaying experience...

Runewords, socketing, and collecting pictures are the basic things. With the right class, maybe the paladin, you can go through normal. I didnt manage it with necro although. Like mentioned above, its like an item editor somehow in the later/higher cube receipts. You have multiplyers, which you can apply at certain kinds of "base crafting combos". For example: You want to add +skills to a charm, you add then a certain multyplier, for 20, then you have +20 all skills. And so on, so you can excactly create, what you want. You just have to mind the caps of the engine/game. So if you make a charm with +999 to all skills, it will crash. However if its at +127 (if i remenber correctly, or was it 254?) all skills its ok. Also with every other stat like IAS or FCR. But it takes time to come that far, by just playing the mod normally. And then at a certain stage, you will need those cube reciepts, otherwise you wont be able to continue progressing through the game. So it definitely improves monster slaying experience. Always interessting, to return to lower levels from time to time, to farm, where you had a hard time, and after re-gearing/crafting then experiencing your improvement.

Also, there are special "ZyEl artefakts" (cube reciepts, with one unknown base item, there is a thread in this forum i guess about them, with the most expensive and rare maths) which are creating "very strong items" which are making you to some kind of a god, that at least says the descrition of the game... indeed they are strong, tried a few... but to be a god, i would say you need a few mor than one.

dark-soul wrote:ZyEl mod should be mentioned too... [...] it has a insane crafting system with 1000s of cube receipts... the documentation is around 67 DIN A4 long, and if you print this out for better handling, you have 1-2cm stack of paper in your hands

is that supposed to be a good thing?

just wanted to mention a interessting mod... i tried more already, the most mods just change a litte bit of the game, or are just funny to try a few times, so its not worth playing them completely then for me. I am playing D2 since my childhood, so since 16 Jears now with breaks ofc. Started with Diablo 2 Version 1.0 and 640x480 or something like this^^ And this mod would be something like my second choice for playing Diablo2. If i get bored of median or what ever... its also funny to play it at LAN, because the challenge starts right at the beginning, A1 Bloodmore^^

Its important, not to be that strictly in judging about this mod. Or even comparing it to median. It was developed maybe 10-12 years ago, maybe 2-3 updates then, and since then it was untouched. Because it never had this popularity. But for this short amount of active developement/improvement, its a huge and gameworthy mod for me. Maybe try it and make your own decision.

Median is definitely my first choice.

I mentioned it here too, because the developers/admins here surely read through the posts, and maybe they will take a look, or maybe already took a look at it, and think about things they can take over. I like the long term char-developement there, for example. Its not like 20 days, and the char is playable at destruction with /players 4. And with your fist "strong item" you will experience a huge increase, with the next one, if its the right one, the next huge increase... and so on, but the game it self has huge increases too, so its fair. But i can just tell you what was on normal difficulty with normal playstyle^^

If i believe that it underlines the overall difficulty of the game, then i surely mention cheating, which is nothing reprehensible. It was also more for testing purposes, just to know, wheather its even possible to beat the game with cheating (which was not that clear till i made it in the end). One other advantage is, i know now, which char is the most playable.

dreameaterx
Vampiress
35 | 1
0
Uhm.. just personal opinion again but a mod in which you need to cheat to get trough = not ok. Also 254 to all skills ? Is the modder sane ? That would be digusting even to look at. I planned at some time to try out Zy-El, now you just made me not want to.
#584
1 year

Earned over 20 cookies
You don't need to cheat in Zy-El, that's a false assumption. I played it a lot back in the days and looking at my old save files I can say that you definitely can complete it without cheating. One of my characters was a sorceress and the only quest which is left to complete for here was Hell Baal. From what I remember, this mod has its flaws such as damage cap rollover and some other bugged or unfair stuff but it was quite decent for the time when it was created. Assassin is the most imbalanced class to play it, iirc it was the favorite class of Kato (mod creator) for the time when Zy-El was in development.
#585
1 year 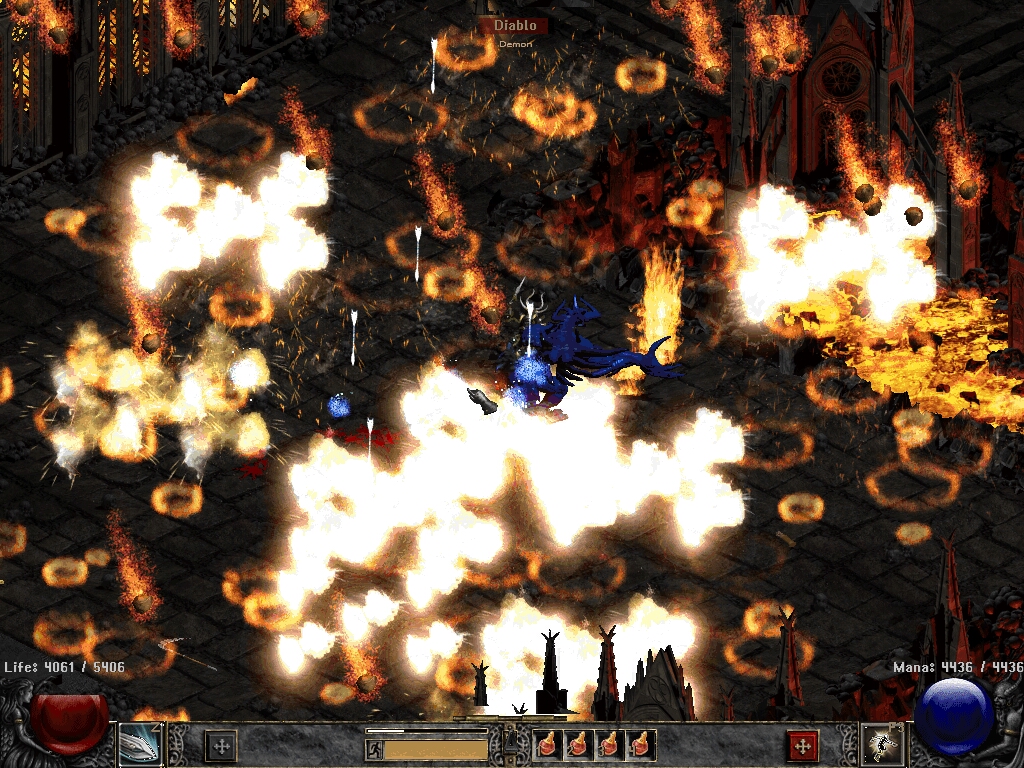 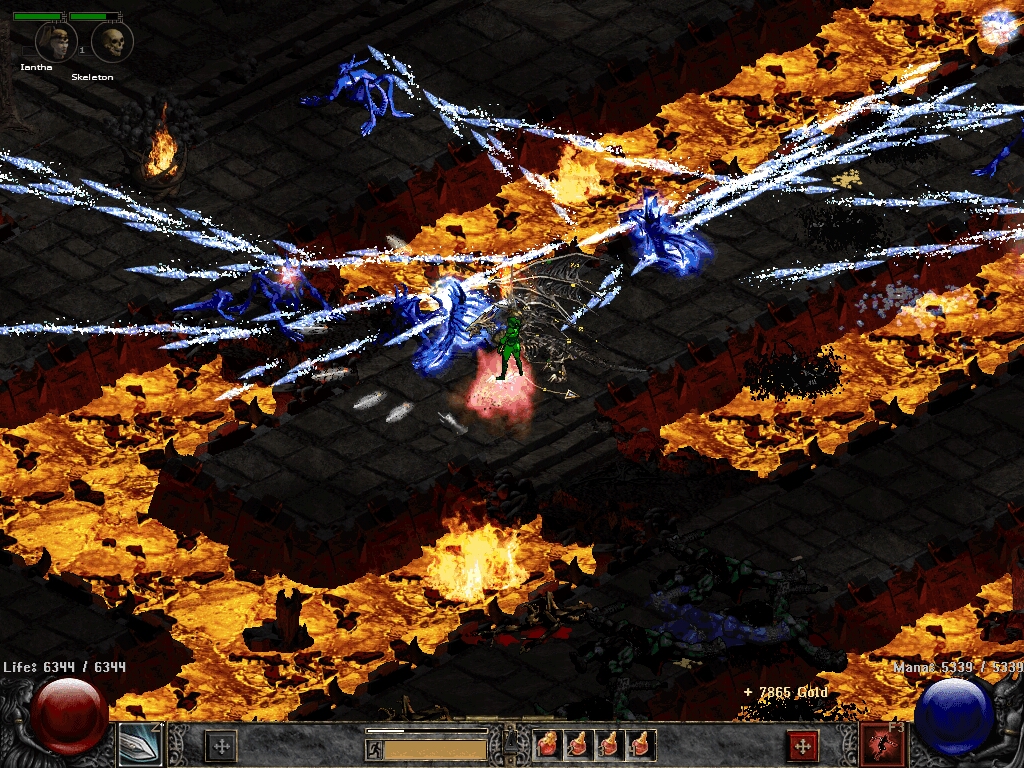 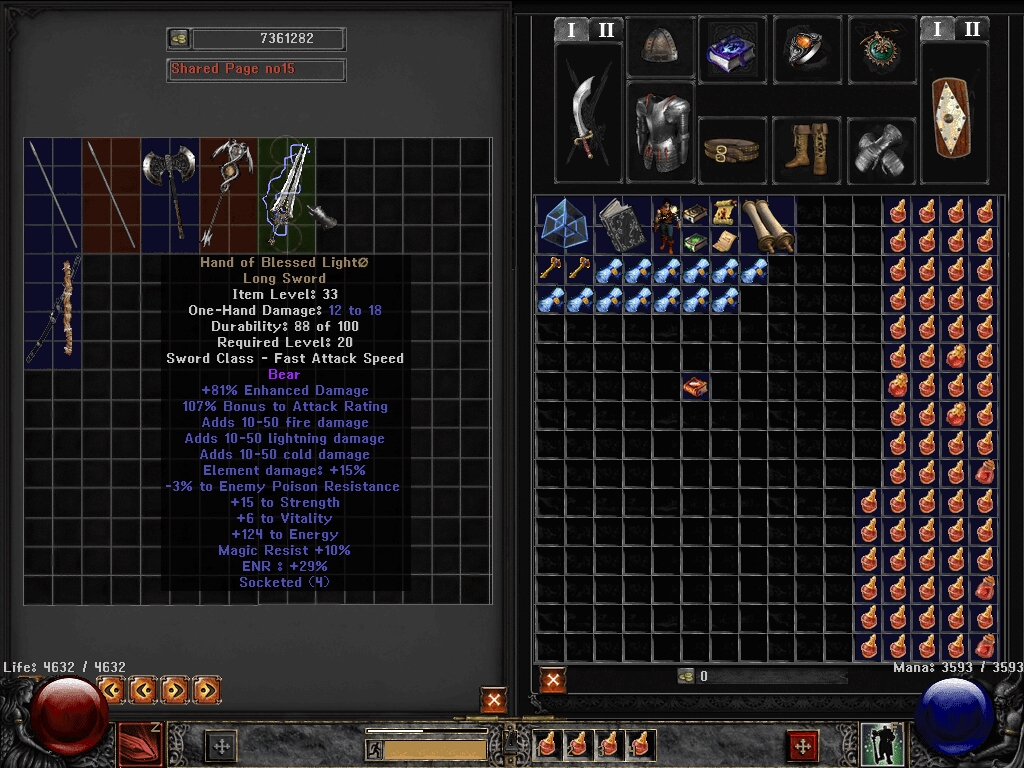 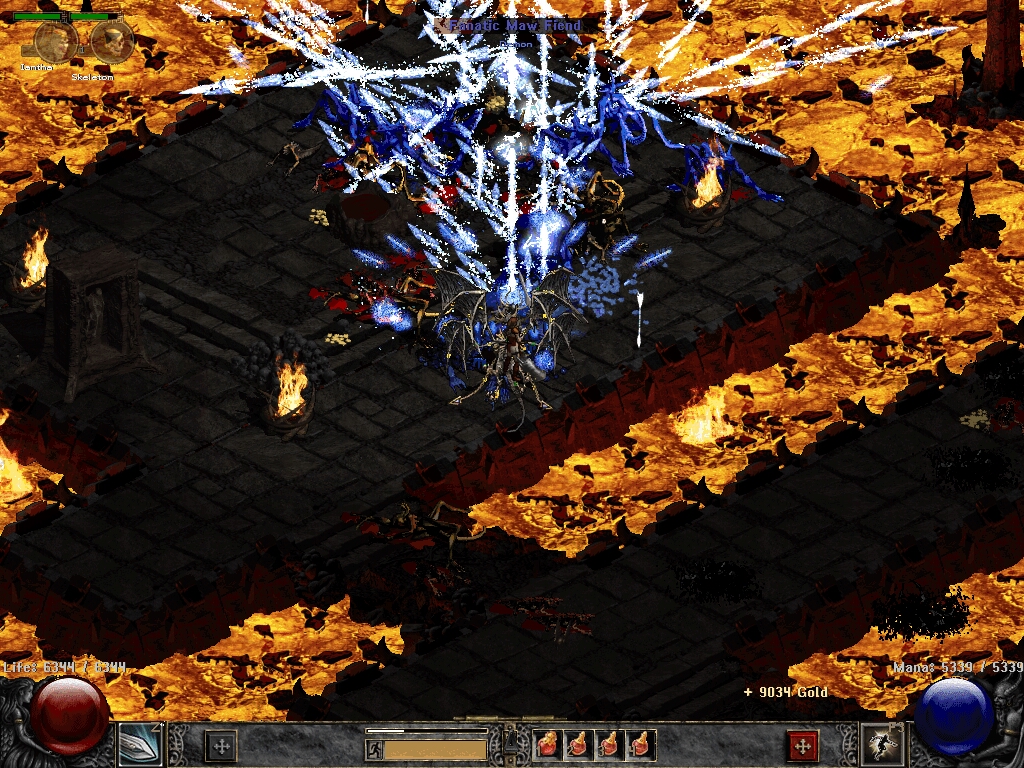 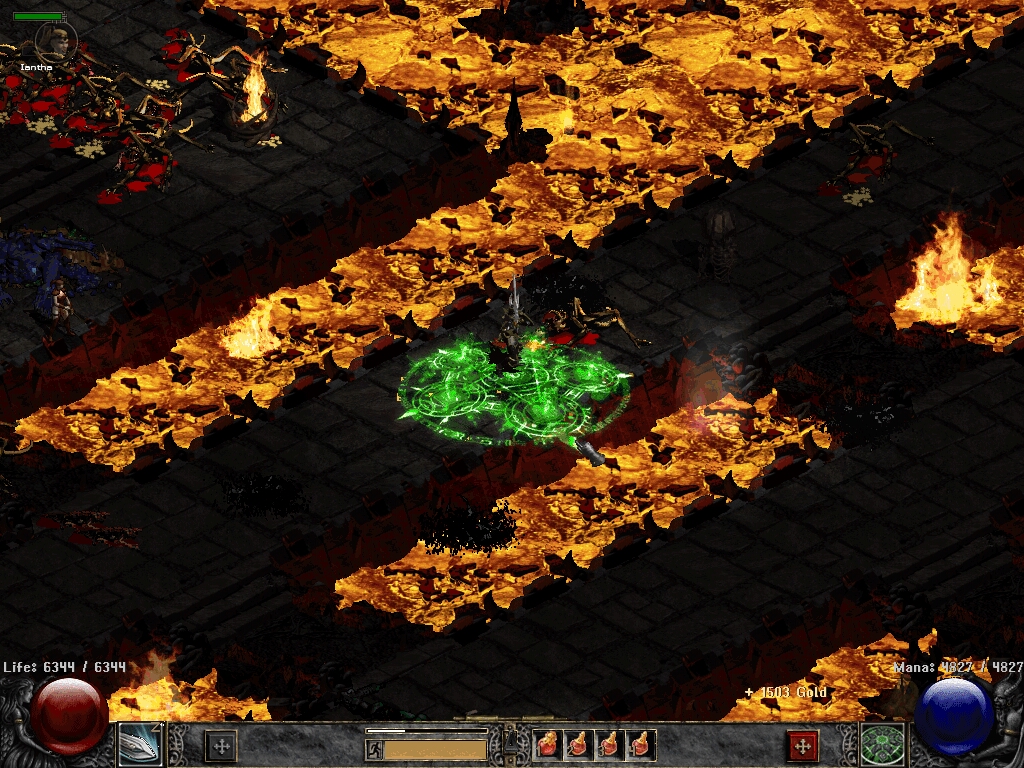 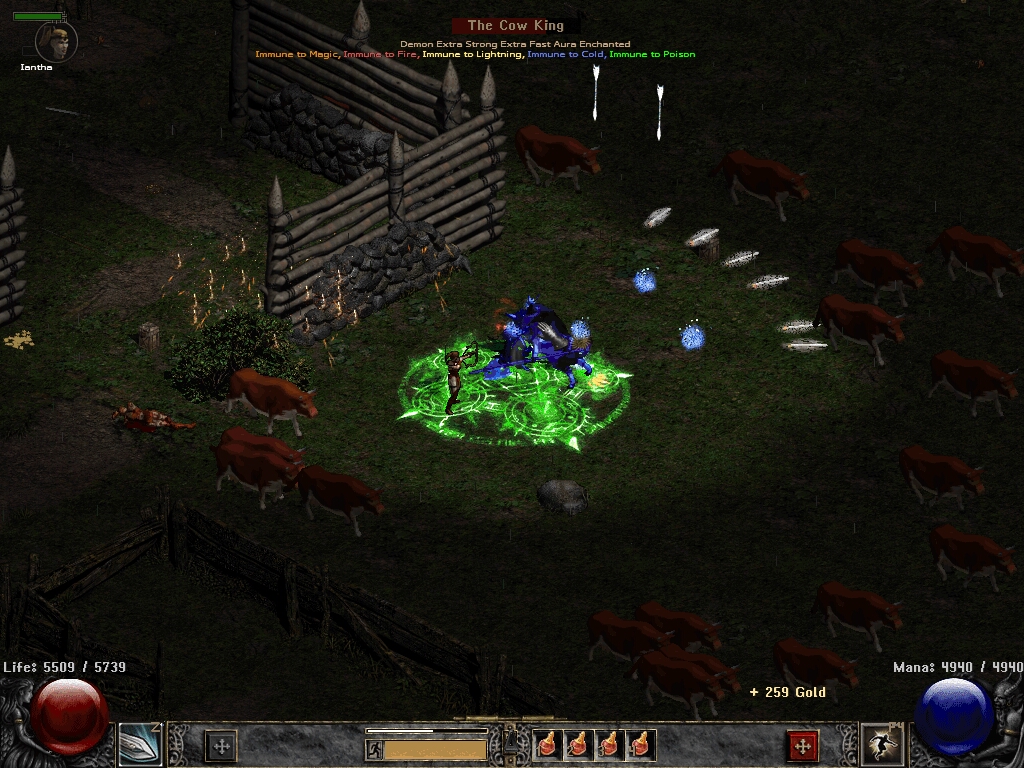 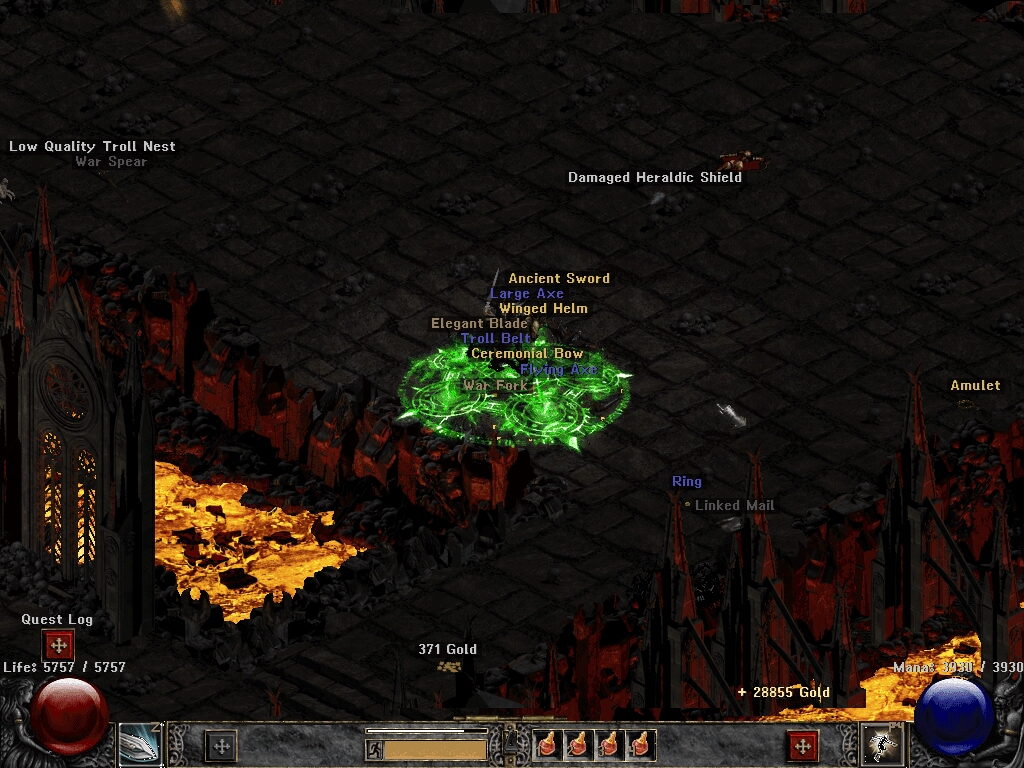 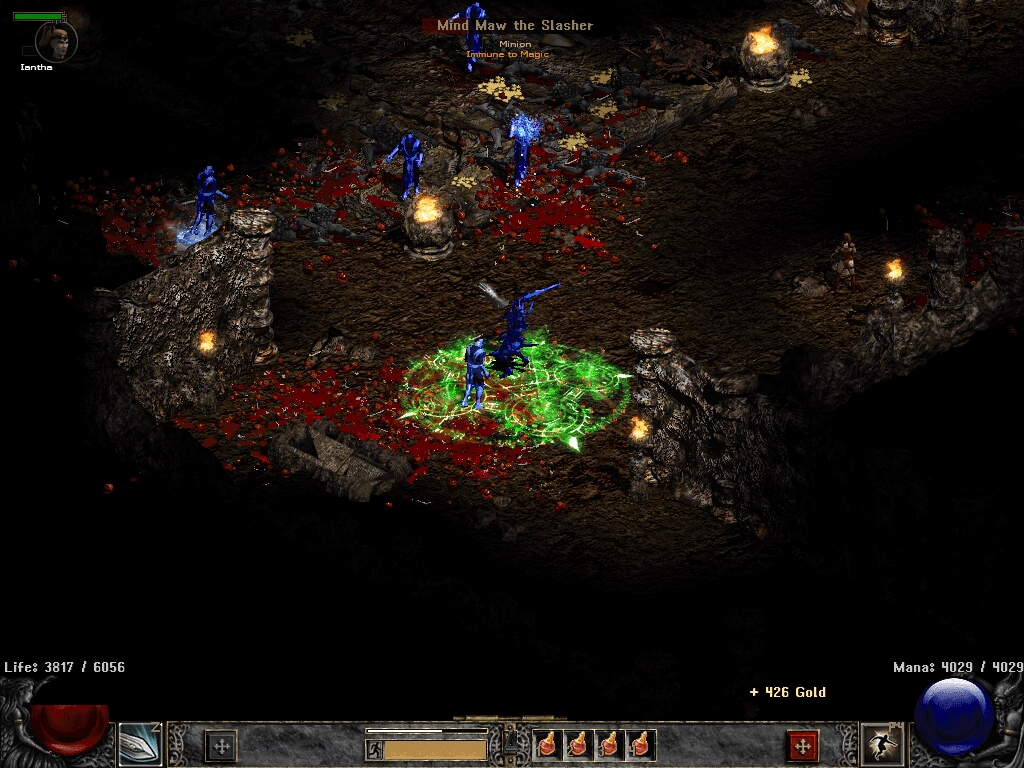 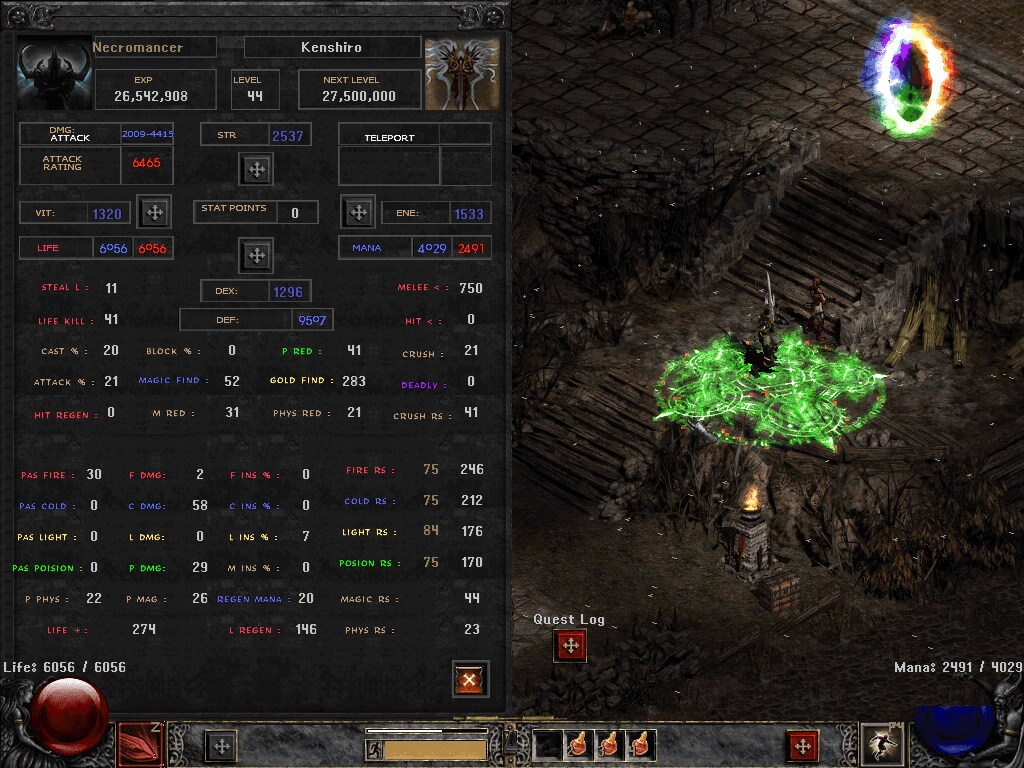 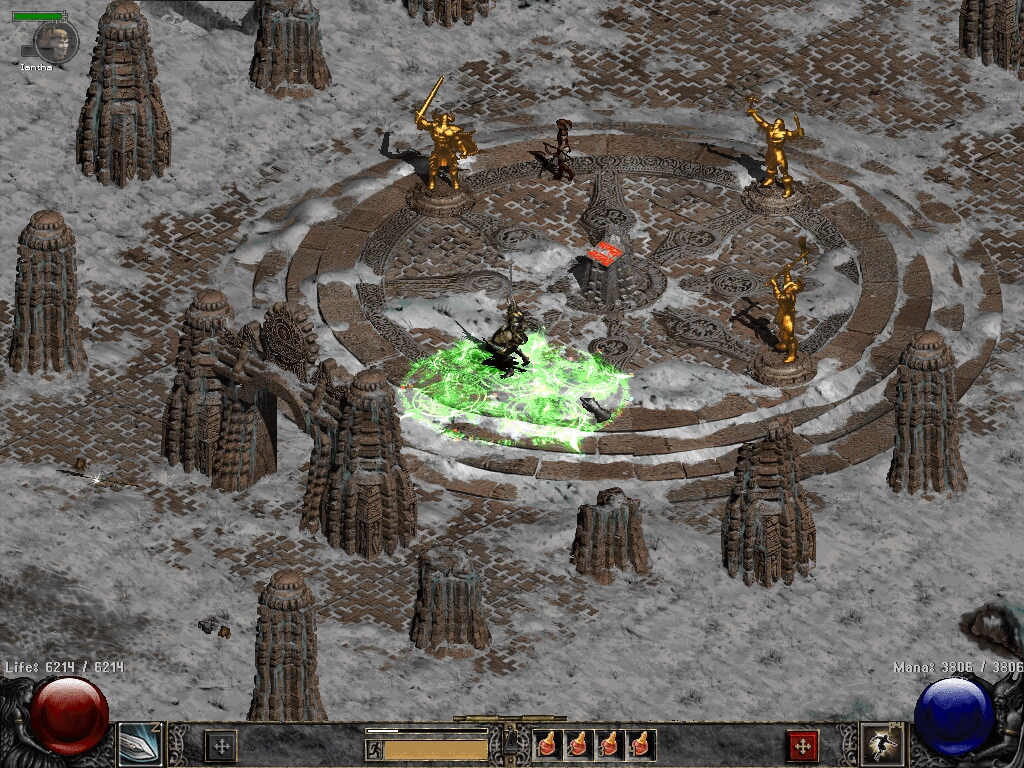 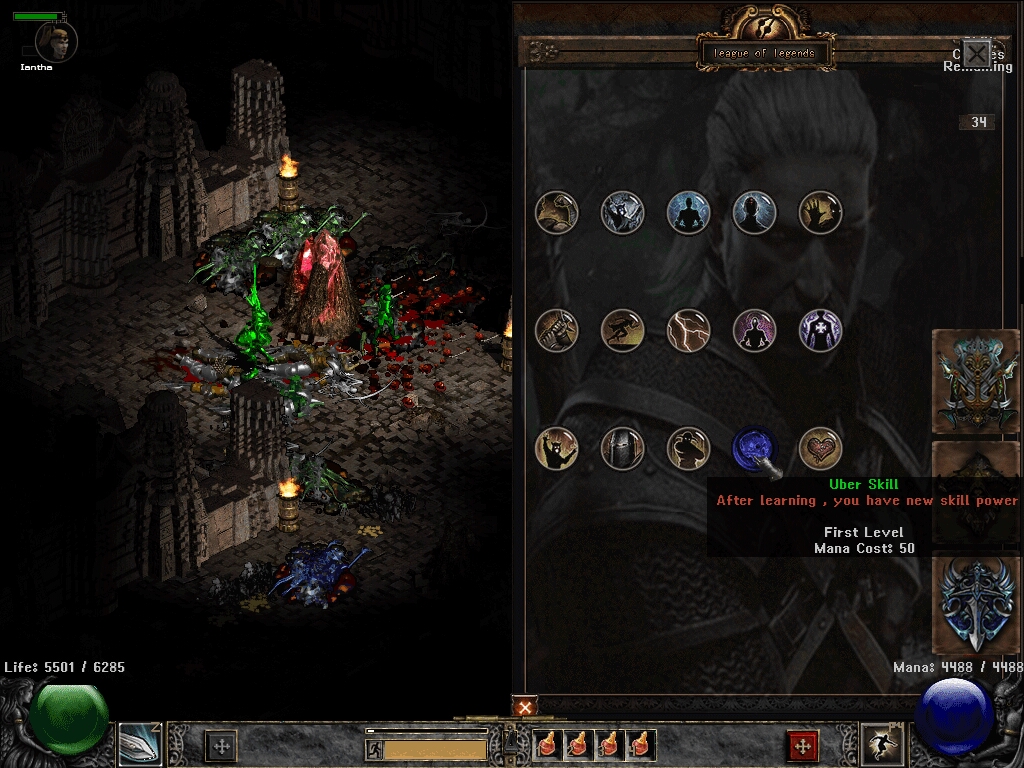 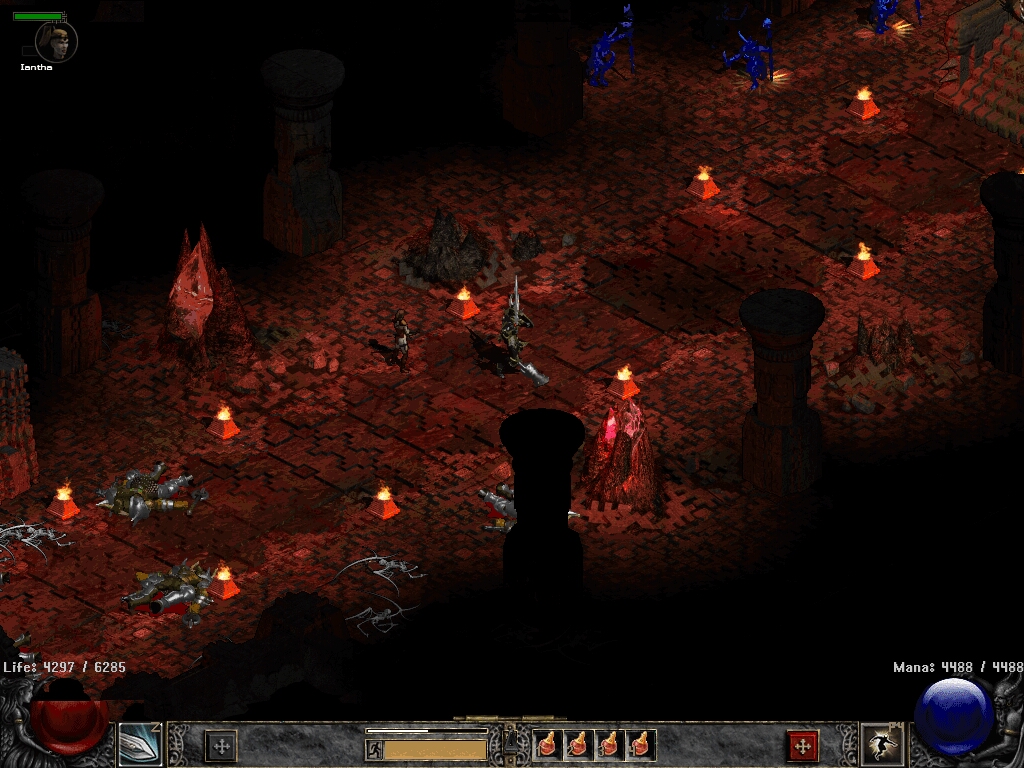 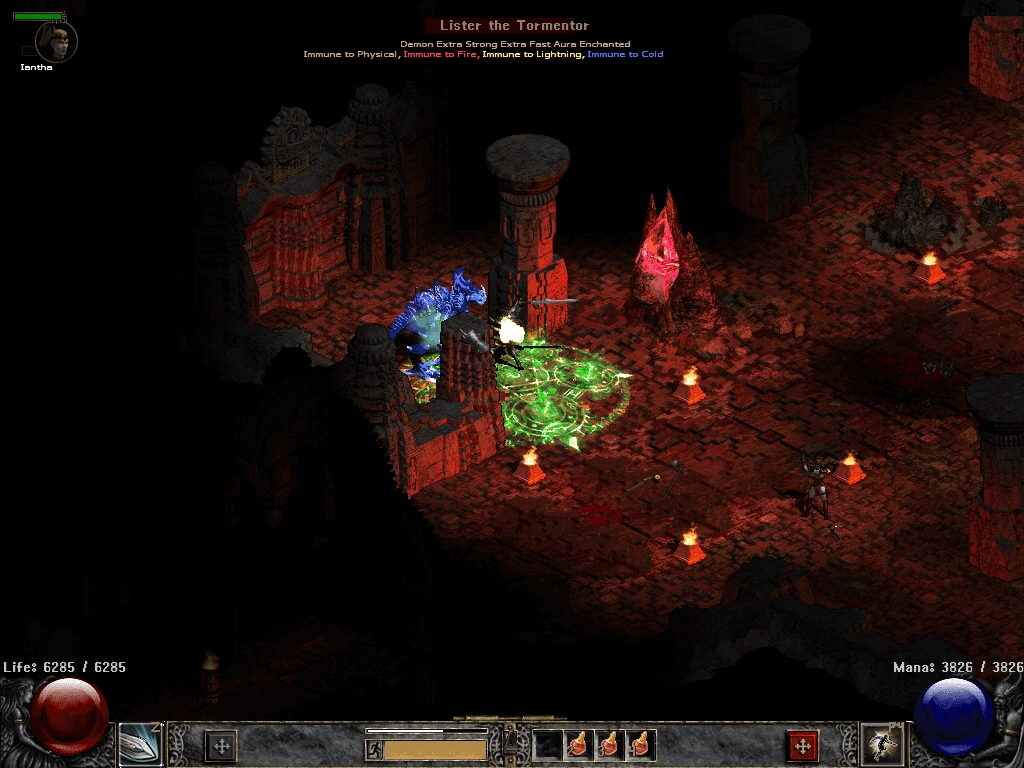 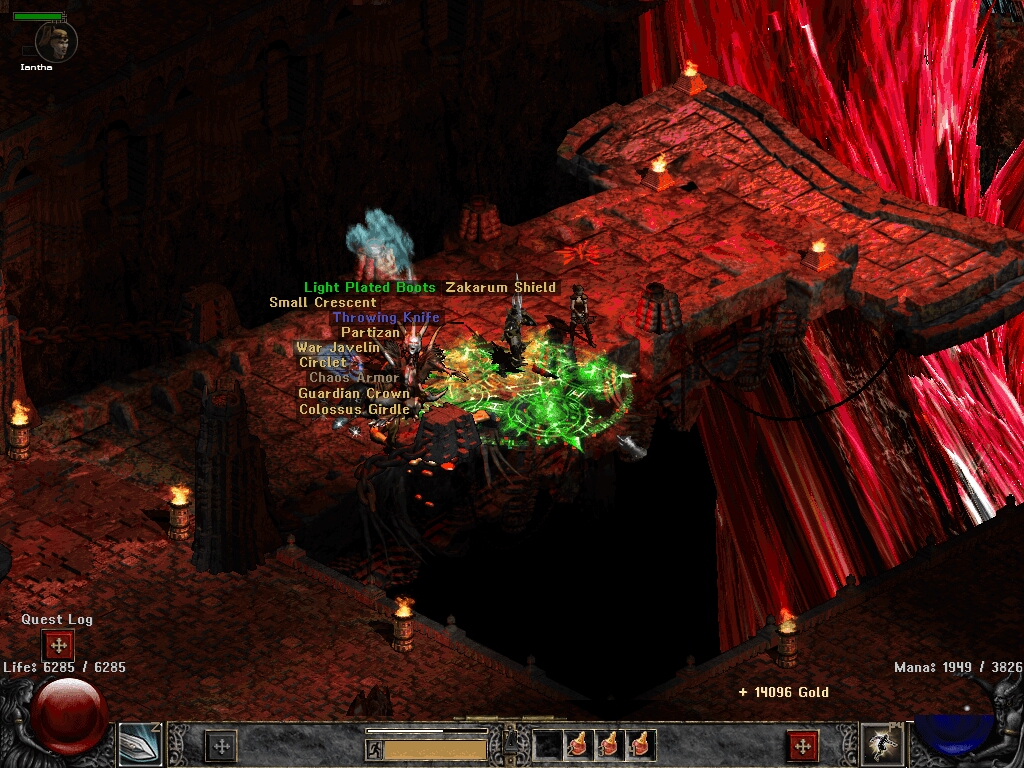 Earned over 20 cookies
Apparently there is some unofficial version of Zy-El mod out there. Anyway, if somebody decided to play the original version by Kato (4.4c) I can provide you a small QoL patch, right now it includes following features:

I might add some more stuff in the future. 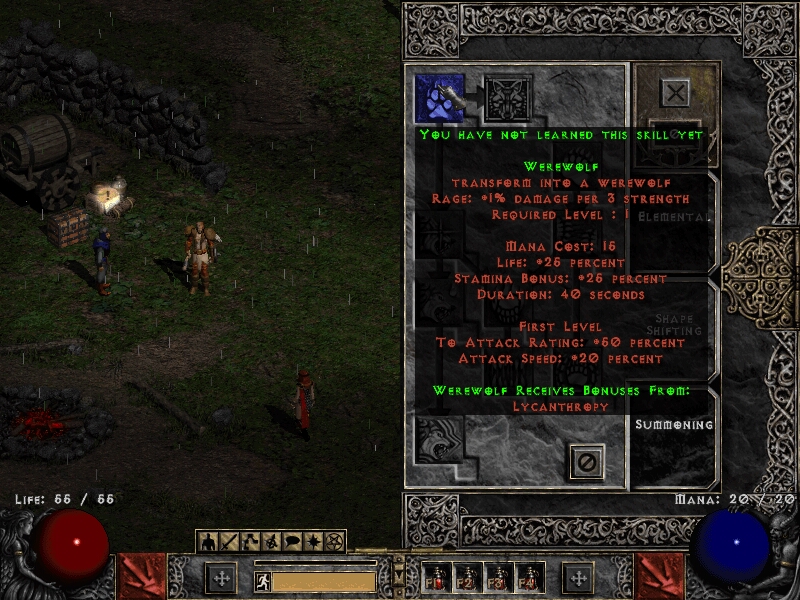 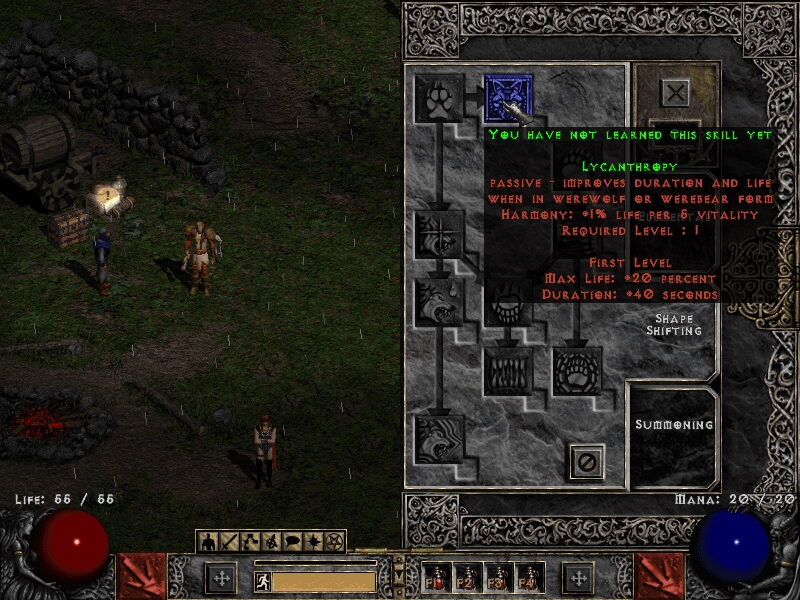 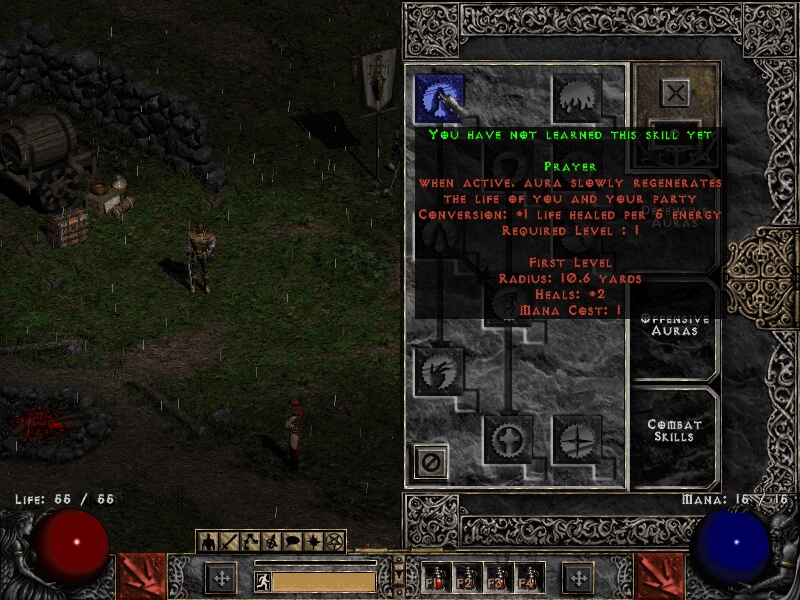 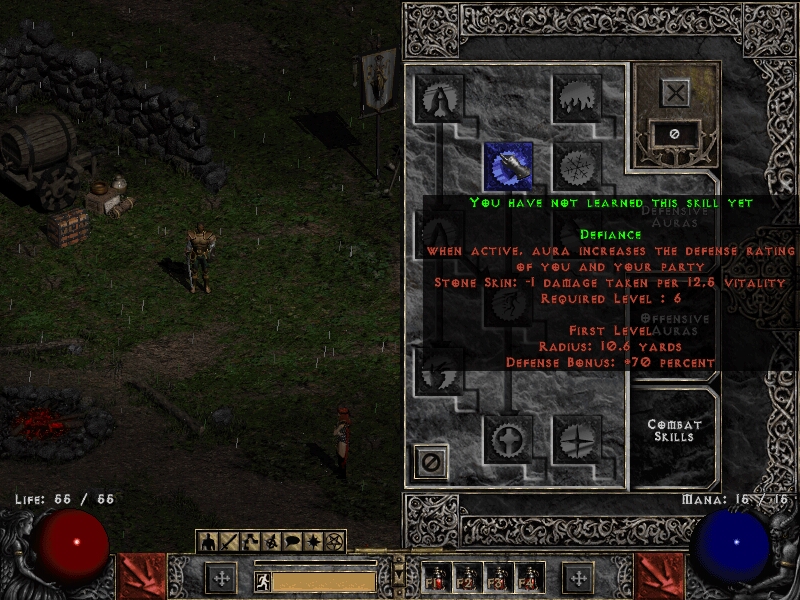 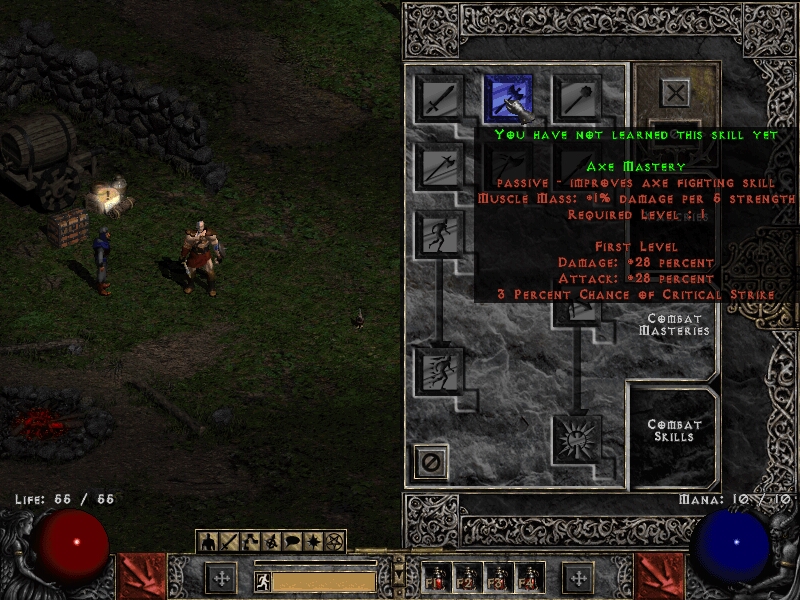 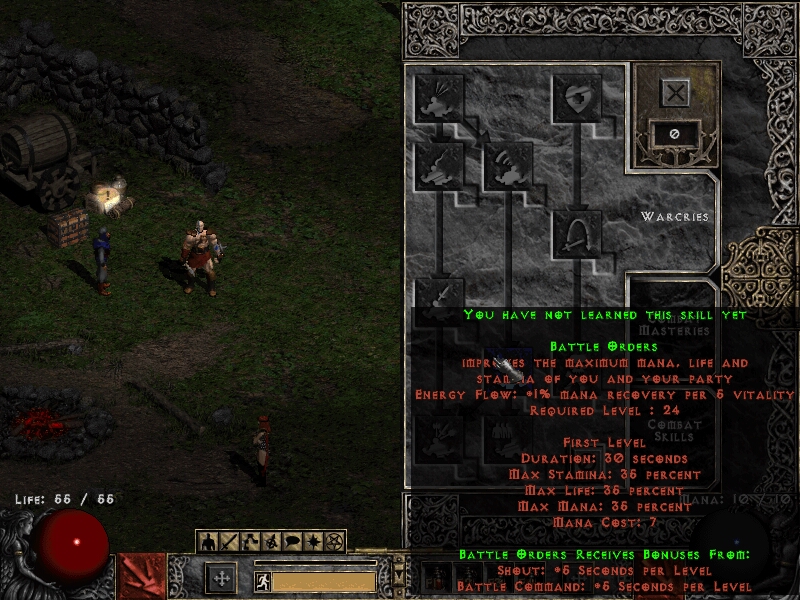 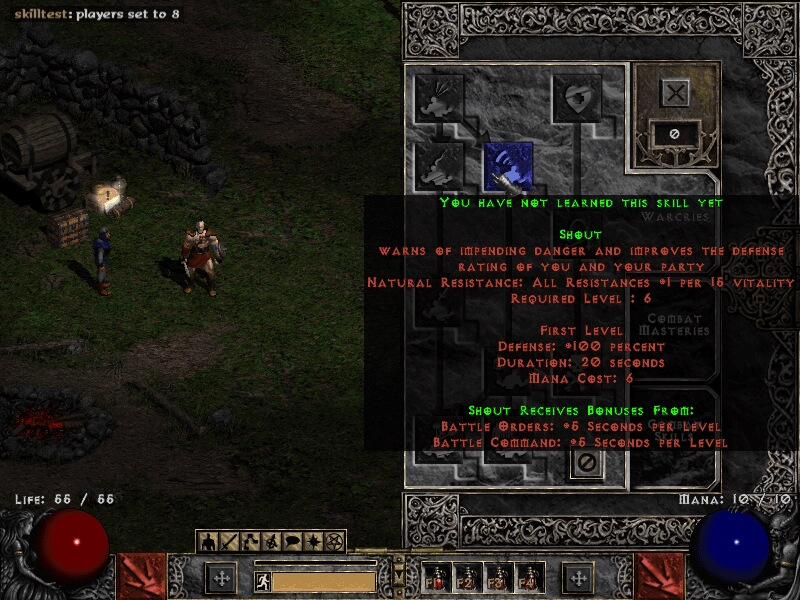 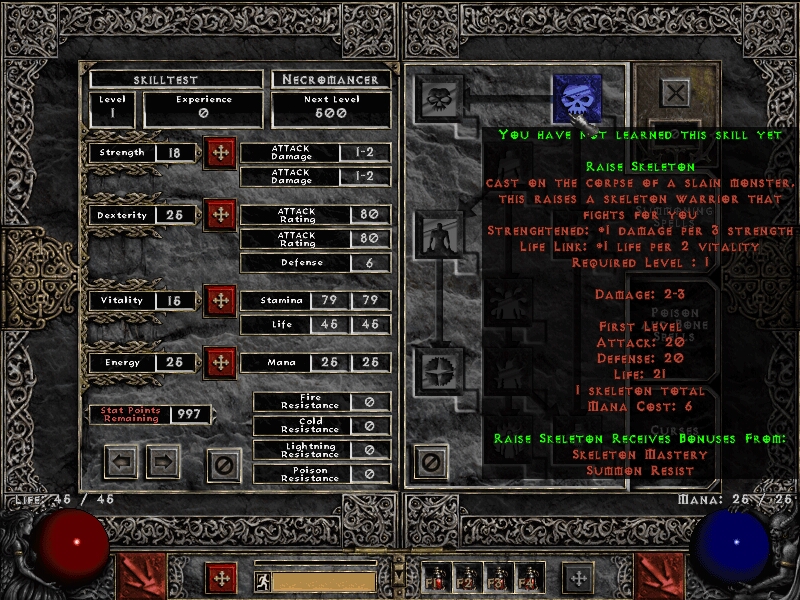 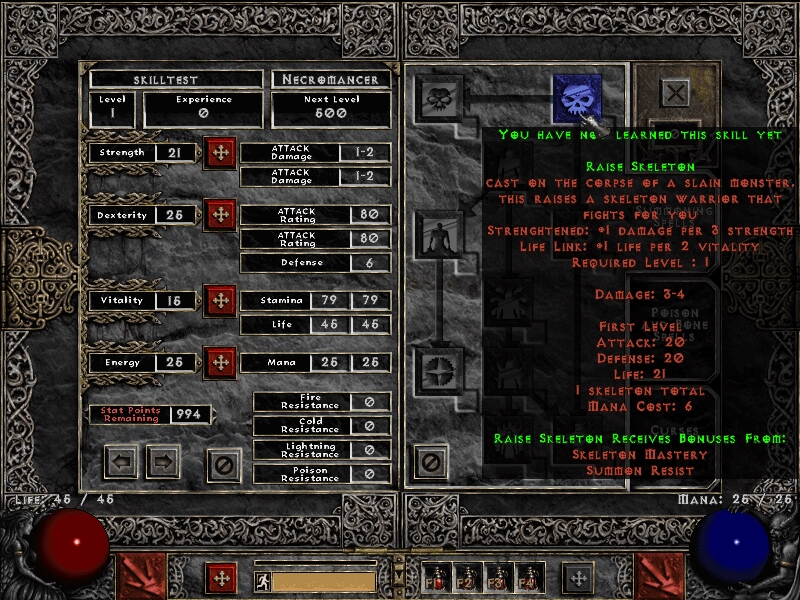 Some do not display the bonus from these synergies though.
Full list on moddb as a comment under a picture:
https://www.moddb.com/mods/the-puppeteer/images

>farm quils kobolds til level 6
>relog, type players 127
>loot all chests rocks etc in moor
>collect tir runes
>socket tirs everywhere (2x tir in katar = powerful assa rw)
>put all points you can to psych hammer (at level 6 it's 2 points + you get 4 points if you have 2 katars with the rw)
>1 shot most mobs amnd never run out of mana thanks to mana on kill from tir runes
>realize zy-el is mind numbingly easy just takes so long to clear stuff (I think it took me about half an hour just for den of evil..)
also exploding potions are sick

SwineFlu wrote:Apparently there is some unofficial version of Zy-El mod out there. Anyway, if somebody decided to play the original version by Kato (4.4c) I can provide you a small QoL patch, right now it includes following features:

I might add some more stuff in the future.

Auto gold pickup feature was implemented in Immersion by demon9ne. Later on others did implement it as well. I can't get credit for this. Credit to Demon9ne/Necrolis (he helped point demon9ne to rigth direction).
#590
1 year