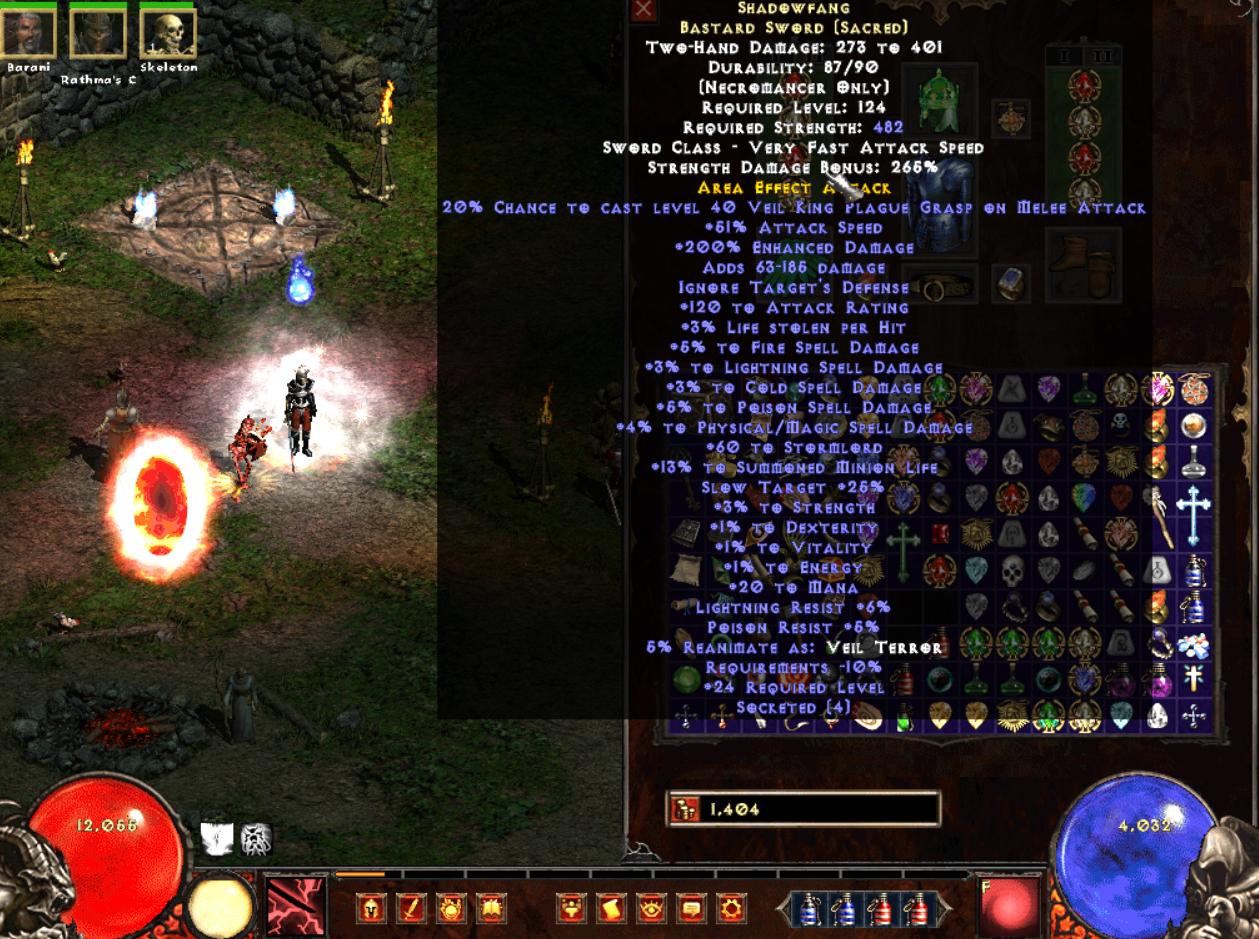 My take on the 2H melee necro. Found a shadowfang and this is by far the most fun build I have ever played.
You literally turn into veil king and smash things. I also have massive graveyard dmg, the veil king plague grasp is insane and the amount of
revives that I can get in a couple minutes is also crazy (¬30-50).

This build clears Duncraig like it's Den of Evil and is also quite a tank.
Too bad I only found a shadowfang so late in the season. Might try it again next season or just keep playing it non-ladder.

I got Unholy Death Knight vibes from your post, will try thanks for the input!
#161
1 month