Find a handful of guides and walkthroughs here!
Post Reply
178 posts
Captcha
Balrog
133 | 3
0
This discussion almost a year ago centred around how to build a maelstrom assassin:

https://forum.median-xl.com/viewtopic.php?f=4&t=34785&start=20
I linked to page 3 because he posts a quick starter build there, but the whole discussion is well worth reading IMHO.

Maelstrom sin was aerial's choice of character the season after he beat the entire game on a barb using TUs only (see his thread in the Guides forum "TL;DR 2H barb" showing videos of all of it). Many people still use that as a quick-reference checklist for ubers, since it's a condensed list and shows a video of all of them. Thread here:
https://forum.median-xl.com/viewtopic.php?f=40&t=22675

All in all you may be right in what you say and I'm happy to acknowldege that I'm no expert, all I will say is that anyone considering playing maelstrom sin should listen carefully to what someone like aerial has already said on this subject - as you can see reading through the first thread above, a lot of his knowledge has been tried by switching builds often at high levels to see what actually works as well as theorycrafting.
#131
1 month

Created a complete character guide
Okay, let's settle this once and for all. Screenshot me the second page of d2stats, maelstroms tooltip, and your character screen with maelstroms dmg visible. I'll calculate the actual damage done for both builds.
#132
1 month

A Median XL guru... a true book of knowledge
Since I've been quoted here, few things to point out about maelstrom.
There was bunch of changes since that 1.1 patch, from maelstrom nerfs, items that go with it (hexward), ways changes (added pierce). It is pretty hard to compare with that many things changed.
Another thing is, since this skill became popular, lot of people minmaxed it and took it to really deep endgame, including final levels of lab.
If you want discuss viability of it in absolute minmaxed version, my fidings are probably not the best ones to base your judgment on.
From what I checked and what other ppl used, stacking dex and magic damage still beats ways, even after changes that buffed ways and nerfed magic damage stacking, it still seems to pull ahead.

There is some caveat to this, such as there is merit in going WOTS in some scenarios, while farming, if you want to ensure 1-shots vs some weaker enemies. Pure dps output that comes from continous spam of skill doesn't always compare to damage mixed with poison, ability to 1-shot trash, and ensure nothing is left behind can be worth in some cases.
But if you are going for pure performance vs difficult content, dex stacking is still the king.
#133
1 month

Pinball wrote:1) Put 10 points into WotS - a poison dmg passive and bring the dmg tooltip to a conversation.
the screenshoot was with 1 pt in wots, believe it or not, i made the build even better, screenshoots see below
2) Playing elemental dmg build with 87% pierce at end game.
it most definitely is not an elemental build when most dmg is from maelstrom magic/physical
the maxed out dmg from only ways is nowhere near comparable to maelstrom
3) Saying losing ~280 flat dex is like trading 1% of damage.
loosing 280 dex, but adding damage from _maxing_ ways to compensate.
4) Saying skill bonus is bigger than pure dex build
..because +skills increases ways damage, whereas with tiefling only from maelstrom..
5) Saying not all monsters has 99% res.
do they? i didnt find an updated ressource on this, my bad then

What the F are you smoking bro? Next time use better weed, dont even try the low quality one. Also, I love there are ppl who use #rank on level ladder into a conversation.
im writing repectfully and in good spirit, i dont know where this is coming from..? Youre even on my /f list dude..

Istaryu wrote:Okay, let's settle this once and for all. Screenshot me the second page of d2stats, maelstroms tooltip, and your character screen with maelstroms dmg visible. I'll calculate the actual damage done for both builds.

i didnt mean to be rude man, i just went all the way and tried the build out and saw its as effective as pure dex and thought people may want to try it out.
Its easier at a certain point where def=0 bites you, thats all.
this is the "final form". WotS only used because the alternatives didnt make sense (not enough skill points for blink <3s cd). Still room for improvements.
► Show Spoiler 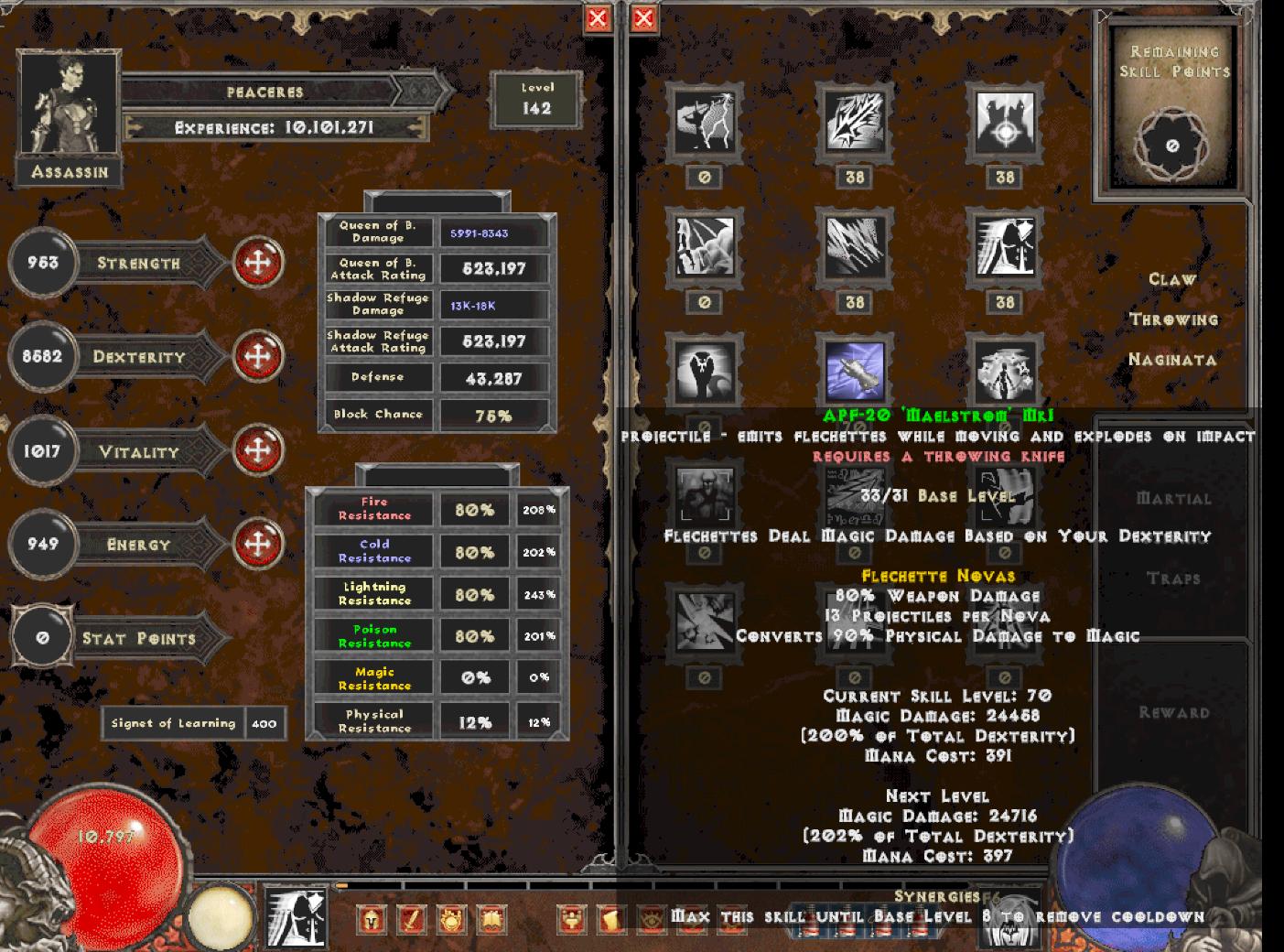 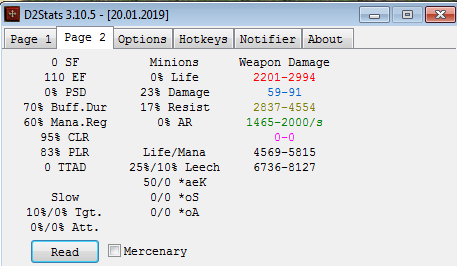 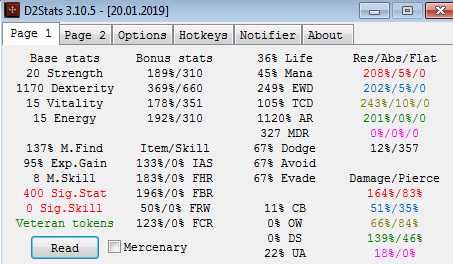 Donated 1 time
Hello guys! Im interested Going that build this season and im wondering if its outdated? Since it says 1.3, also if it is. What gear you recommend instead?
Im kinda a new player i played a little last season
Thanks

Swiphty wrote:Hello guys! Im interested Going that build this season and im wondering if its outdated? Since it says 1.3, also if it is. What gear you recommend instead?
Im kinda a new player i played a little last season
Thanks

played this last version around 1.1, still viable but you need core items specially the SU shield and mana sustain if you maxing maelstrom. Skill allocation might change on maxing ways of phoenix or spider instead tiefling form.
#136
1 month

Donated 5 times
u can adjust the endgame item
Stareye's Claws

Haven't found them on this patch but I'm pretty sure it's a misspell in docs. Someone has to confirm though.
#139
1 month

Donated 5 times
Well I just bought them and expected that I had this way free to MO it, because of the level required 30.
Now that I have found out that the required level is 110, I'm Quite dissapointed.

EDIT : Just checked the documentation, the conclusion : ALL Set items have required level 30 mentioned. So I guess there is a little problem.