[Not recommended as of 2.1] Maelstrom Assassin miniguide

Horizon
Imp
4 | 1
20
I've had a blast with this character so far. Level 125 at present. https://median-xl.com/char/Naganaki
Thanks for the build, Istaryu! Also, I like your taste in music.

A few notes:
1. The character's true power seems to become unlocked by equipping a Dawn throwing knife. It was my last and most meaningful upgrade, which brought my damage from 5200 to about 7k.
2. I was lucky to get enough Abandoned shrines to craft the Armor, Gloves and Boots to an acceptable degree. I think it took me about 100 rolls in total. I had 2 of each rare armor piece and was chasing better rolls through upgrading 2 items, instead of counting that I would roll an excellent roll without a "backup".
3. % dex is all this character needs for damage. Once I stacked that, each new point in dex net me around 10-20 dmg.
4. Void is not necessary at all for this character. Perhaps the author could edit that out of the guide. Before Dawn, I used a randomly crafted balanced knife with % ctc Shadow Blade.

I was super lucky in getting well-rolled Hexward and Endless Loop in the same K3kBA instance. An amazing Balanced Knife base dropped as well - Surperior Eth with 44% ed. I used that to make Dawn. Funnily enough, the Zol rune dropped in the same game as the base

Overall, I would recommend that whoever tries to play with this character and wants an easier time playing should get Dawn, Hexward and Endless loop asap. Judgement Day was a breeze...
#311
6 months

Created a complete character guide
I did a very small follow-up of the 2.1 changes, tldr: str requirement changes affect this build quite a bit, i cant with good conscience recommend this build to be played. It is most likely still playable, but there are many other builds that will have an easier time.
#312
6 months

Istaryu wrote:I did a very small follow-up of the 2.1 changes, tldr: str requirement changes affect this build quite a bit, i cant with good conscience recommend this build to be played. It is most likely still playable, but there are many other builds that will have an easier time.

Disappointing to hear. This was always my go-to build.

Attribute affixes are in the same group, which means you can only get one of them on an item, you cant have both all attributes and dex at the same time, if thats what you are asking. Check here: https://docs.median-xl.com/doc/wiki/affixes
Sorry if that is not what your question is, i dont really understand it. 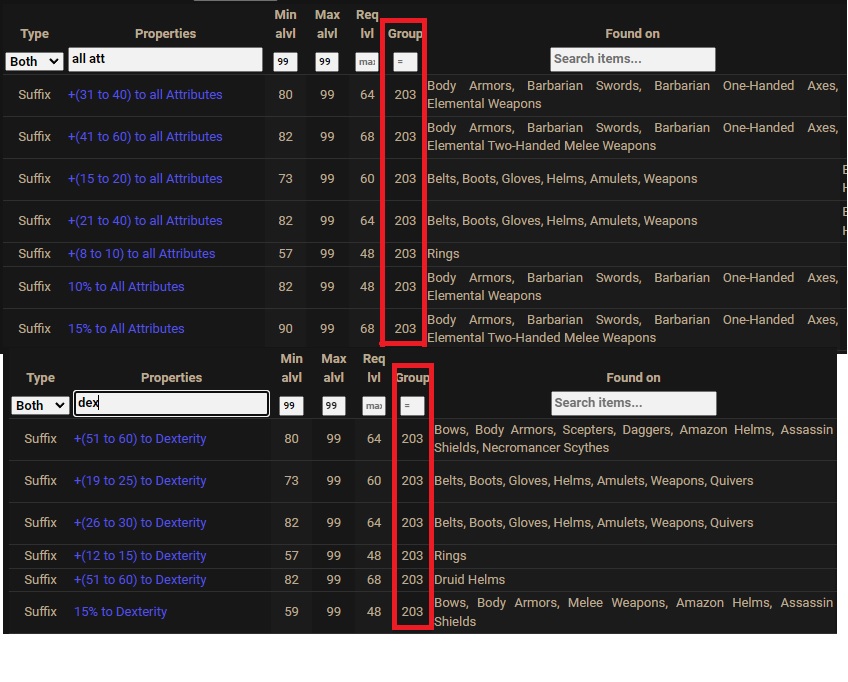 Donated 1 time
ah I didn't see the group thing. So for boots as example. If I'm reading it correct for max roll you would want the highest all attributes (since it goes to 40 plus the other stats vs dex at 30).

Donated 1 time
Maelstorm is quite good for farming, better then StromCrows or ScorpionBlade, but vs bosses it ok. Here a little video of skos farming. The gear is not optimal, i just respec from stormCrows and it performs very good.