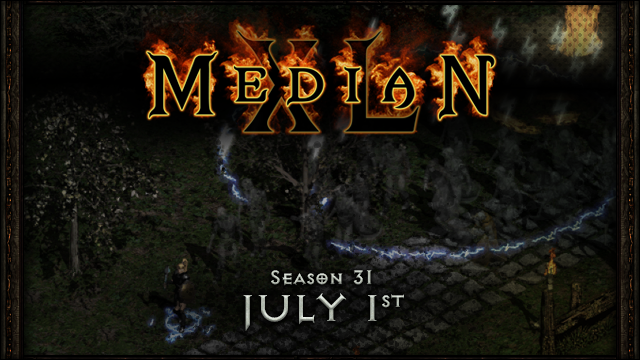 We're always looking for ways to modernize the gameplay without taking away the unique feel of playing Diablo. In the upcoming 2.3 patch, we are rolling the "attack ground" feature for the majority of melee skills. This allows you to shift-click attack, similar to ranged spells, without the need of name-locking a target or clicking the mouse repeatedly, which can prove painful over time. There are still scenarios where you'll want the old name-locking functionality, and that's still going to be possible, this new system adds on top of the previous one, leaving the decision to you.

Storm amazon was initially conceived as a tree that could be played as a spellcaster, weapon damage melee, and anywhere in between. Eventually, the lack of streamlining and connection between skills made the build decent at many things, but rarely great at any, with a lack of itemization further adding to the problem. The new Storm tree consists of two mutually exclusive paths (Hammer and Thunder), with a selection of passive/buff skills available to both paths.

Thanks to the amazing efforts from the community and testing team we are implementing a series of suggestions to address the early issues multiple builds have until act 3 in Normal difficulty. The spike in character progress granted by the deterministic nature of both Tiered Uniques and the ability to farm shards makes it all more difficult to accomplish a difficulty curve that feels streamlined both in gameplay and number scaling. While we are brainstorming ideas to address this issue in the long term, we continue to notice certain skills underperforming in the pre-30 level range.

The next patch will feature multiple improvements at this stage for a variety of builds, with some minor density and area-level improvements on the side.

In addition to changes in the early game, we are also making improvements on the opposite end. This goes from revamping quests that we feel have outdated mechanics to making further improvements to the endgame farming loop, both in terms of playability and drop rates.

This, as usual, is not the full list of changes coming in the next patch so you can expect to see the full list of changes with the release of the patch notes. You can visit our Discord community for occasional leakages from the team or join our beta testing realm by supporting us on Patreon, if you want to contribute to the development of the patch or project. Thanks for all your support and we'll see you soon in our 31st season!

Has a thread with over 250.000 views
Great Supporter Badge

Earned over 20 cookies
I see this... one hour after I buy a new Xbox Series X and Ultimate Game Pass

Donated 1 time
Can't wait for the new season to drop