daisukedk wrote:Can someone help me build a merc, never did one... First time playing the game. Tyvm

For me, the BEST mercenary is the merc that don't dies, and you don't kneed take care for him. And, my favourite is Bloodmage.
T6 Mask, T6 Belt, T6 Scale mail, T6 Falchion, T6 Chain Boots, T6 Tower Shield.
That's all. In dest, you can give him even honorifics, and he would survive in many not instagib ubers....
#571
1 year

i am new to sigma i have really appreciated this guide and the time you took to make it. 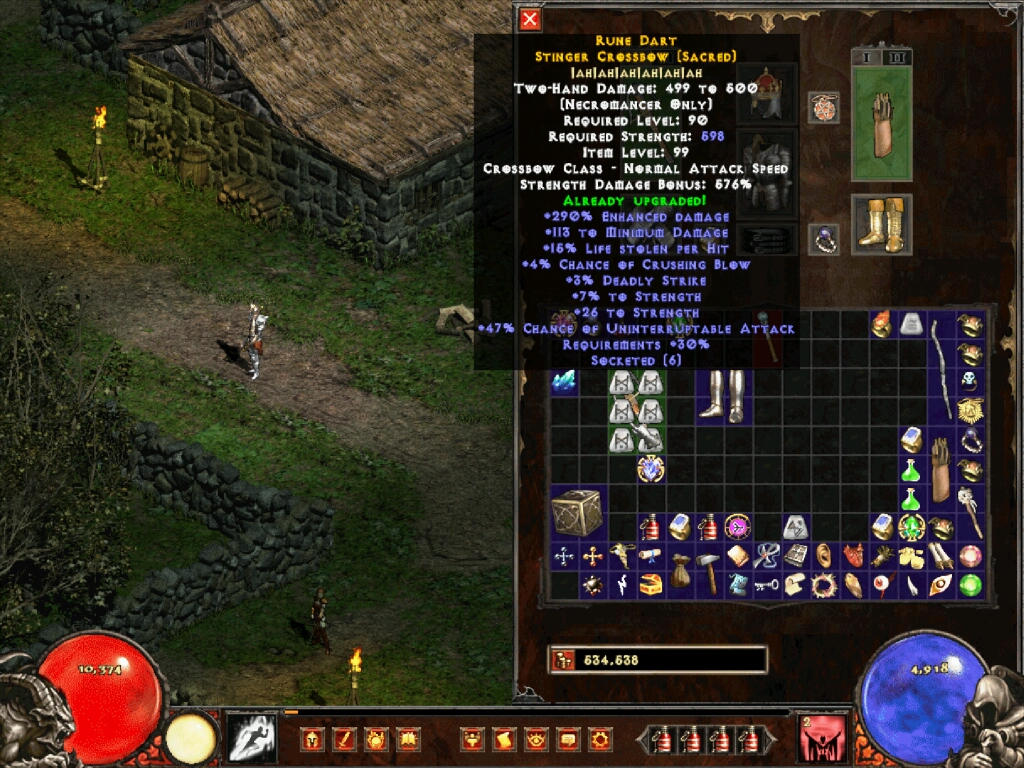 An other question, i spent many effort to reach the last AS breakpoint but is it really worth it for ubers ?!

Propz wrote:So uhh... has any1 been able to take down atanna khan this patch as an xbow? blood skellies get wtfrekt... and apparently atanna khan can heal???

Atanna its only vulnerable to purify
#574
1 year

turbo power wrote:How much ar i need on my necro i have 95 k is good enough?

Actually i think that its way more that it needs... I am sitting in 55k rating and is working fine
#576
1 year

Donated 1 time
I finally found a Hwanins and after doing a bunch of upgrading with orbs etc. I try to do a lucky roll. Apparently I manage to put in oil of renewal instead on accident... I have never been so simultaneously enraged, horrified, and felt like a complete idiot. I don't really understand why that recipe even worked... probably just to punish morons like me. Ugh, it's just so demoralizing when I couldn't even find a friggen rare sacred stinger xbow to attempt to craft, and yes I do have a specific item alert for that.

Figured I share my tale of idiocy and woe with fellow xbow necros, don't think I can keep going after that gut punch.

Donated 1 time
Buriza its rlly that superior to the other xbows?
#578
1 year

Won 50 auctions
Its the Best for me